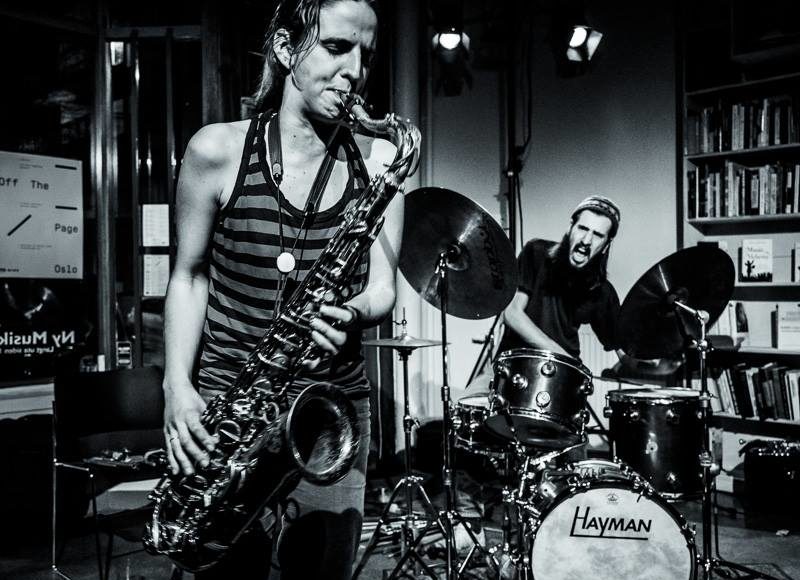 The amazing Jooklo Duo will be making their Okanagan debut performance on June 17th at The Habitat in Kelowna, BC.

The concert is the launch of “Meat On The Bone: A Three Course Feastival of Improvised Music,” proudly presented by the Skin And Bones Music Series.  Now in its second year of production, Skin And Bones is an Okanagan Arts Award nominated concert series devoted to the presentation of experimental music in the Okanagan, produced through the Alternator Centre for Contemporary Art.

With sponsorship from The Habitat, the Meat On The Bone festival will also feature from Europe the world famous incendiary free-jazz trio The Thing and Norwegian quartet Cortex on June 23rd and USA master drummer Chris Corsano with local saxophonist Darren Williams on June 27th.

Blowing minds all over the world since 2004 with their mesmerizing performances and having worked with many musical luminaries such as Sonic Youth’s Thurston Moore and Led Zeppelin’s John Paul Jones, the incredible Jooklo Duo (Virginia Genta on reeds, flutes, piano, and David Vanzan on drums) encompasses a powerful and uniquely vibrant sound.  Joining Jooklo will be Stanley Zappa (saxes), nephew to a certain famous other Zappa, who will be bringing his own inspired brand of textured pan-tonality to the mix.

Also on the bill will be the Anthony Argatoff Quintet.  Consisting of local favourite wunderkinds Anthony and Alex Argatoff, Jason Martin, Bjorn Kriel, and Emily Denison, this firebrand quintet exemplifies how strong community bonds tie music together with a passion for improvising.

The Jooklo Duo with Stanley Zappa and the Anthony Argatoff Quintet perform at the Habitat on June 17th, launching the Skin and Bones Music Series’ Meat On The Bone festival.  Doors open at 7:30 pm and the concert will begin at 8:00 pm.  The Habitat is located at 248 Leon Avenue in downtown Kelowna.  Admission is $12 and $10 for Alternator members.  Tickets can be purchased at the door or in advance at Milkcrate Records on Ellis Street, Mosaic Books on Bernard Avenue, the Alternator, and online at ticketfly.com.  Meat On The Bone festival passes will be available for $35 ($30 for Alternator members) at Milkcrate Records and at the Alternator.  Alternator members receive their members’ discount when purchasing tickets/passes directly from the gallery.