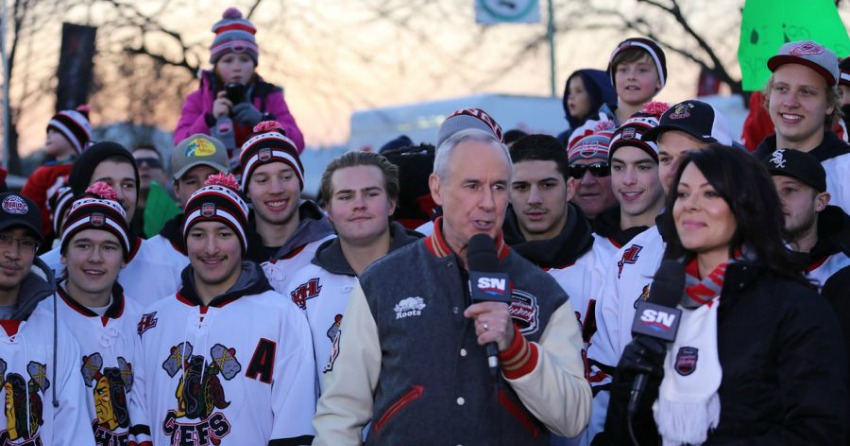 Ron Maclean and Tara Sloane will once again be making an appearance in the Okanagan when they bring their truck and crew to West Kelowna, B.C. on January 20th, 2019. They will make a weekend stop and host live entertainment with viewing party on Sunday night to watch the Toronto Maple Leafs take on the Arizona Coyotes live.

Hometown hockey comes in as a supplant on Sunday night on CBC, as Saturday nights are taken by Hockey Night in Canada, although the later is already a Canadian tradition, the former is equally matching that title.

Ron Maclean and Tara Sloane are now entering their 5th season as hosts of the program, and will be eclipsing their 100th episode in London, Ontario, on October 20th-21st; the same location as their first episode which aired back in 2014.

A fan-favourite part of the series is their minor and junior hockey player showcase. The hosts will take one male and one female hockey player that has grown up and continues to play hockey in that specific town. Interviewing the players showcases the best young talent the town has to offer and not only puts the town but individuals as well in front of a national spotlight.

For the full schedule and for more information on Hometown Hockey you can click here.