Hodgepodge: Time to do your duty

One year ago Tracy Gray made the most difficult career decision of her life. Today Tracy is thrilled with the outcome of that gut-check choice.

Last September Gray decided to not throw her hat back into the local municipal election circuit and seek return to the Kelowna City Council table – opting instead to jump into the Federal fray as a Member of Parliament. It was a long shot but one she believed the right next step.

I have no doubt Tracy would easily have been re-elected to Council if she’d run again. In fact she may have topped the polls – so giving up an almost guaranteed job for a risky opportunity took some intestinal fortitude. (Popular incumbents are pretty safe bets for re-election).

I admit to mixed emotions when learning Tracy was not going to run again for Council: excited since her decision garnered me a better chance at re-election (one more open seat and one less incumbent to compete with) and sad since I knew her skills and personality would be missed.

I had the pleasure of spending four years sitting next to Tracy during Council meetings and got to know her well, sharing many conversations, viewpoints, and chuckles. I never once found her rude, mean-spirited, or dishonest. She was always well prepared, open minded and logical.

Thankfully Tracy’s big gamble paid off and Kelowna residents are winners because of her victorious rolling of the political dice.

Her first battle was perhaps the toughest as she had to take part in a nasty in-house fight for the right to carry the Kelowna-Lake Country Conservative banner forward. Her opponent in the quest to represent the riding was more than prepared to toss mud or blur facts – something not in Tracy’s nature. After weeks of door knocking and lobbying potential Conservative voters Tracy earned the Conservative nod and the right to go forward and face yet another tough opponent – reigning MP Stephen Fuhr of Liberal ilk.
Fuhr had served this riding well, was personable, and worked hard. Perhaps his weakest aspect was his leader who had clearly angered many Canadians.

However Tracy took a page from other successful candidates in the Okanagan in years gone by, such as Norm Letnick, by working insane hours door-knocking and meeting voters. Supported by husband Larry, son Daniel, and an army of volunteers Tracy covered the majority of neighbourhoods in her riding.

“By the end of our campaign we knocked on more than 54,000 doors,” Gray told supporters Monday night after winning the Kelowna-Lake Country.

“I’m happy to have earned the support and the confidence of the people here.”

Tracy has a list of issues she hopes to deal with once she’s had a chance to get adjusted to her new job at the big house in Ottawa. Among them is looking at ways to assist small business, better help for farmers, and affordability issues for all including seniors.

Of greatest pleasure for me, however, was to hear her immediately talk about tackling two significant issues – improving mental health and addiction services, and protecting B.C. lakes.

Gray has more knowledge than many on those issues having sat on Council and also the Okanagan Basin Water Board.

I have frustratingly felt no one in Ottawa was listening or cared about the carnage and critical scenario we are struggling with regarding mental health and addictions in Kelowna and it is the Feds and province that hold the key to solving that. I expect big things from Gray on these issues.

Gray soundly thumped Fuhr by 8,800 votes. Her win was part of a Conservative bulldozing in the Thompson-Okanagan Monday which saw Conservatives win four of the five ridings. Other Conservative victories had Central Okanagan-Similkameen-Nicola return popular Dan Albas for another term, in North Okanagan-Shuswap Mel Arnold was returned, while in Kamloops-Thompson-Caribou, Cathy McLeod defeated NDP Terry Lake.

The only riding to not go blue was South Okanagan-West Kootenay where NDP incumbent Richard Cannings defended a strong effort from Helena Konanz. I am sorry Konanz did not succeed as she was a superb Penticton City Councillor who like Gray risked her City seat for a chance at a chair in Ottawa. My best wishes to her.

While I was thrilled with Gray’s win I do admit to some concerns with the her party’s weak environmental policies and hope she can lead them out of the dark on that issue.

I remain disturbed by the attitude and arrogance of Justin Trudeau who was anointed once again as our leader.

I can only shudder at the clear lack of learning Trudeau displayed in his ‘victory’ speech. Despite claiming just 33 percent of the popular vote he remains arrogant. Instead of respectively allowing Conservative leader Andrew Scheer to finish his nation-wide broadcasted speech before starting his own, Trudeau muted Scheer by stepping to the podium just seconds after Scheer began, knowing full well networks would turn to him.
Classless. 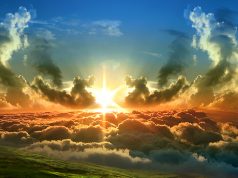