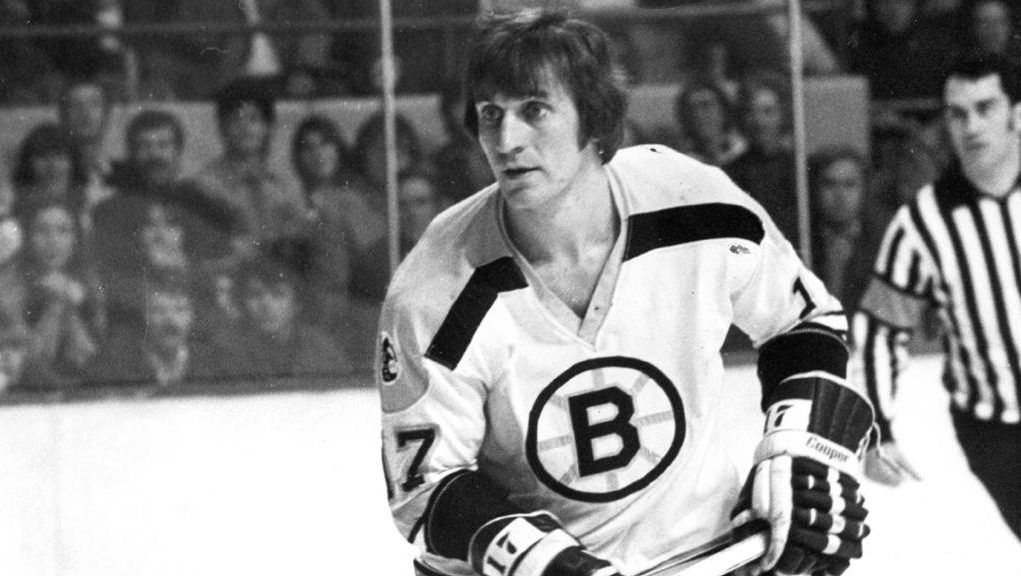 Schmautzy is shooting pucks on the big rink

For the average hockey fan he was not exactly a household name or super hero, however for this kid he was number one.  Eddy Shack may have been my first ‘superhero’ on skates but Bobby Schmautz was my all-time favourite and my first pro hockey ‘friend’.

‘Schmautzy’ set the bar on how hockey players should treat fans – even little urchins such as  I the day we first met. Looking back I’m reminded just how lucky I was. It also reminds me of the impact one person can have on another through the simplest of reasons or actions. Directly and indirectly the man helped shape my life.

B.C. hockey fans probably best remember him for his years of service on the Canucks during his pro-hockey resurrection years – or perhaps his overtime goal for the Boston Bruins in game four of the 1978 Stanley Cup final. (That marker evened the best-of-seven series against the Montreal Canadiens 2-2 and a picture of his celebration ranks  among the most iconic in Bruins history).

My memory of the fast skating, hard shooting right winger was his involvement in the Salt Lake City Golden Eagles training camp here in Kelowna in 1969.

Born and raised in Saskatoon, Saskatchewan, Schmautz spent three years in the minor pro Western Hockey League with the Los Angeles Blades before his NHL career started sparsely in 1967-68 with the Chicago Black Hawks. After mustering just 16 points during the 1968-69 with Chicago Schmautz returned to the WHL with Salt Lake.

A pure rink rat I practically lived at Kelowna Memorial Arena and as stick boy and trainer in training with the Junior A Kelowna Buckaroos I had keys to the rink. When the Salt Lake City Golden Eagles came to Kelowna for camp they used the Buckaroos’ two dressing rooms. I was hired to sharpen skates, help tape wrists, ankles etc and play general go-boy. My best buddy and sidekick Danny Thiessen assisted me and also helped with keeping stats for the training camp coaches. It was a fabulous couple of weeks for two very young teens as we got to know and watch some true legends of the game including Billy McNeill, Elmer Vasko, and others.

Over the course of training camp however Danny and I were drawn to the antics and personalities of a couple of other characters – Rollie Wilcox, Bob Heaney and ‘Schmautzy.’ All three took the time to chat with us, sign autographs, and generally treat us as part of the club. Schmautz took particular time with me, insightfully recognizing my insecurity and not feeling safe at home.

Danny and I were both drawn to his insane ‘banana blade’ curved stick. When he played with Chicago it was the largest curved stick in the NHL. He was fined for using it at one time, forcing him to reduce the size of the curvature.

While at that Salt Lake training camp Bobby brought the last five of his ‘illegal’ sticks. On the final day of training camp, after persistent hinting by me, he signed and gave me one of them. It still hangs on my wall 51 years later. It is my most treasured hockey keepsake. Not worth a lot except to me.

However it was the words he said that day that I remember most.

“Stay in school kid. Hockey is great but it rarely pays the bills, and besides you get to keep all your teeth doing something else,” he joked.

“No matter what you do Charlie, just do your best, work and play hard, be honest, and be a good teammate. In life and in hockey.”

Then he gave me the stick, shook my hand, and tussled my hair in fun.  I thought I had died and gone to heaven.

I later met many fine folks in hockey and elsewhere over the years, but Schmautzy set the bar. Few ever reached that level or exceeded it.

Ironically Bobby only played 12 games for the Eagles before being traded to Seattle. He gained prominence after he joined the expansion Vancouver Canucks in 1970-71. In  1972-73 Bobby led Vancouver with 71 points and 137 penalty minutes in 77 games.

He was traded to the Bruins in 1974 where his wild antics and raucous approach to the game were hugely popular with Boston fans. His speed and shooting fit well with line mates Johnny Bucyk and Gregg Sheppard.

In his 13-year NHL career Schmautz played for the  Black Hawks, Canucks, Bruins, Oilers and Colorado Rockies tallying 557 points (271 goals, 286 assists) in 764 regular-season games. He returned to the Canucks for his final NHL season, in 1980-81, and scored 61 points including 27 goals.

My friend and inspiration died Sunday (his 76th birthday) at his home in Arizona.