In the spirit of HodgePodge – a smattering of thoughts. 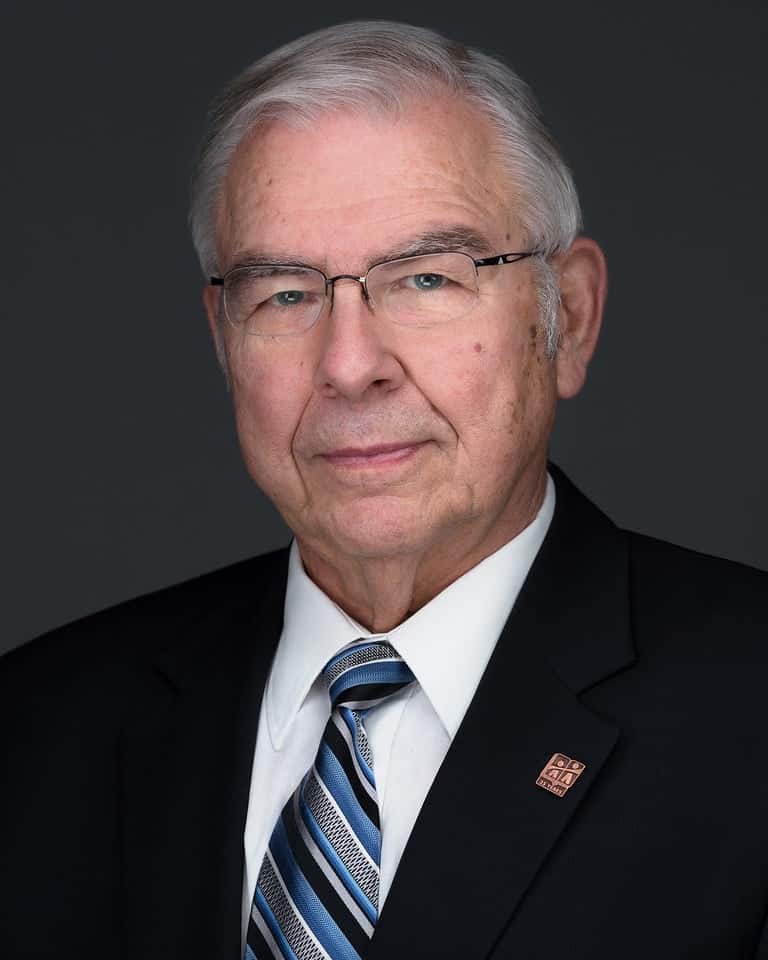 A fond farewell to my friend Rolli Cacchioni who died earlier this month. Rolli and I were friends for many years and I always looked forward to meeting with him regardless of where, when or why.

My first memories of Rolli roll back to when I was playing reporter for the Capital News and Rolli was a new trustee for School District 23. I admired Rolli because of his forthright manner, willingness to speak his mind, sense of decency, respect, and adherence to protocols.

If you messed with him, however, he was not afraid to take you to task with ferocity. You could always count on Rolli to speak his mind in a respectful but impactful way.

Over the years we found a number of common denominators to chat about including his work with the Italian community and his love for hockey.

While I was working on a book on Canada’s National Team involving Father David Bauer, Rolli lent me articles and books to use for resources – gladly sharing his memories as a Trail Smokeater fan as well.

During my past three terms as a Kelowna City Councilor I also had the pleasure of connecting with Rolli on a variety of issues – most due to his role on school board.  We shared a lot of chats and chuckles over the years and I valued his input always. I will miss him deeply. My condolences to his family and other friends.

On a weekly basis during the past few years Mcalpine has made it her personal artistic journey to capture the mugs on film of local personalities. She’s compiled an amazing collection of truly exceptional pics. Wendy’s skills seem to capture the true essence of her subject matters.

From a personal perspective I can attest that Wendy has snapped a few shots of myself and her magic with a cameras is impressive. She even made me look good!  Now that is talent.

Another full thumbs up to Kelowna entrepreneur and creative go-getter Teena Clipston who has just released her Spring edition of Saving Earth. The glossy environmental magazine is a fabulous look and read, chalked full of great articles about people and places attempting to make a difference in saving our planet. Of special interest for me is an article on sustainable development featuring Okanagan based organization Green Okanagan.

Happy Daddy congratulations to one of my favourite people in the world Lee Manchester. Lee and partner Core gave birth to a        baby boy named Myles Ward Manchester. Myles came into the world March 14 weighing seven pounds nine ounces Awesome stuff. I have no doubts that Lee will be a fabulous father since he is such a fabulous person.

I admit to being a tad naive or overly optimistic when it comes to people, however I am both saddened and disappointed at locals and other Canadians who seem incapable of following basic guidelines. Nurses, doctors and other professional workers giving Covid injections are being overwhelmed by people showing up at injection sights well ahead of their scheduled or permitted time for their shot. Apparently some folks have a false sense of entitlement or narcissism thinking they can jump the line and get their needle ahead of schedule.

Some people clearly decide to ignore the guidelines – believing for some reason or another they should be the exception to the rule. You’re not.

Give it a rest folks – you will simply be told to go away until it is your turn so please do not bother to even try.

Due to my emphysema and significantly compromised immune system I fully expected to be put ahead of others my age (65). But guess what? Nope. Part of me wants to jump up and down and create a fuss, insisting I should get some special treatment – but I won’t.

The bottom line is we ALL think we are super special and more important than someone else, however we aren’t.

What I am greatly disturbed by is the blatant, somewhat dangerous mindset and anger I’m witnessing in our world due to the frustrations and issues stemming from Covid19. I am terrified to realize how American Canadians are starting to act.

It seems during the past six months the fanatical Trump supporter mindset of truth twisting, anger, paranoia and conspiracy is becoming predominant in our country as well. Conspiracy theorists are becoming vigilante and aggressive on issues such as social distancing, mask wearing and vaccines.

Wow folks – let’s be decent. Agree to disagree. Too much anger in these conversations, rallies, marches… for me.

I am not a conspiracy theorist person and yet have little respect for the pharmaceutical industry and the crimes and lies it spews. That said I do believe in trained professionals to give me their opinion based on their years and years of study and learning. I will listen to my lung specialist and follow his advice. Regardless of all of that though – I hate seeing people insult each other with such venom. I may not believe what some people do but still respect their right to express her views. I hate seeing friends chew each other up due to frustration, paranoia, and/or stubbornness.

Come on folks – show some love, kindness and willingness to listen.