On Saturday afternoon we will officially say farewell to, and celebrate the life of,  ‘good ole Marcel’.

At some point shortly after, at another location, a party will break out – punctuated by loud storytelling, great laughter and clinking of glasses. Exactly the kind of fellowship and fun that personified Marcel Stanley Pawlitsky.

Marcel was a master at bringing people together – in many ways. He died January 26 following a series of strokes over the past few years. I can’t believe he was 83, he hid it well.

No one will miss Marcel more than wife Lee, his best friend for 62 years. He was also clearly adored by his loving kids Wendy and Wayne, and huge connected family. However Marcel’s ‘family’ was more than flesh and blood. It included almost every person who ever worked at the Kelowna Capital News over a 30 year period.

The back shop was his and he made that very clear. As a printer Marcel new his craft well and was stalwart in his cleaning and maintaining the giant presses that printed the paper.

I first met Marcel when hired as the Capital News’ first reporter (other than family) in 1976. He made it abundantly understood what the rules and expectations were when in the huge back-shop or using the darkroom.

I still remember the day the new press arrived. Dec. 8, 1976,  a Harris V15. A four-unit web offset from Fort Worth, Texas (so it had to be big) assembled at the newspaper office at 287 Bernard Avenue. It was a massive project and Marcel was like a kid in a candy store with joy. It was actually hilarious.

I soon learned Marcel was also the social convenor at the Capital News.

Marcel knew how to work and he knew how to play. He made sure the two were separated but when the press shut down for the day, so was the work. It was there, sitting in the clutter and confusion of a huge printing press, massive roll-ends of print paper, ink and all the rest – that I bonded with my co-workers. What fun we had.

And it was Marcel who always made sure everyone was doing okay. He was always caring and concerned about the people around him. He was a great bear of a man, but a kindly bear. He was my friend.

When not hammering out thousands of copies of newspapers every week Marcel loved to play country music. He played rhythm guitar in several bands including The Green Valley Boys, and OK Country in Kelowna.

Ironically, that ‘new’  Harris V15A was retired just a few years back.

Marcel’s celebration of life is set for Saturday April 20 at the First Memorial at 1211 Sutherland starting at 1. 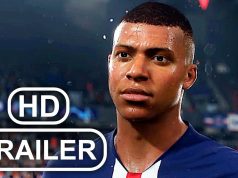