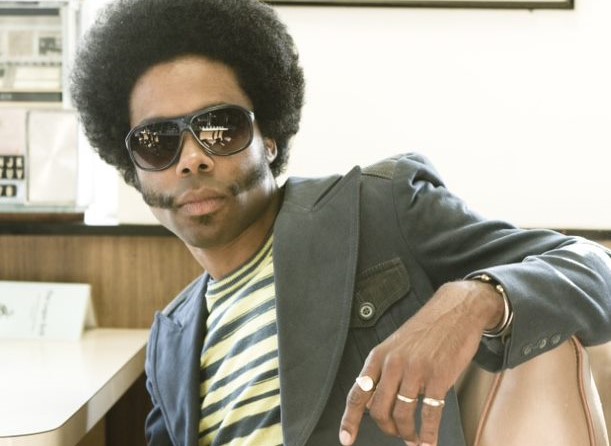 Alex Cuba’s sugarcane-sweet melodies, pop-soul hooks and powerful guitar riffs have won him an array of awards, including a Grammy (won in 2022), four Latin Grammys and two JUNOs.

On October 21, 2022, he will play a one-off show at Penticton’s Cleland Community Theatre as part of the Route97 Culture Road Trip Series. Tickets are $32 and go on sale September 26. They can be purchased at: https://route97culture.com/event-item/alex-cuba-oct-21-2022/ Born Alexis Puentes in Artemisa, Cuba, in 1974, Alex Cuba has lived in Smithers, British Columbia, since 2003. He is so beloved in his hometown that Tourism Smithers recently held a “Grammy Block Party” to celebrate the Cuban-Canadian singer-songwriter’s success.

The Grammy Awards are widely regarded as the biggest prize in music, and Cuba’s success is especially remarkable given he is an independent artist. Earlier this year, he won the award for best Latin Pop Album for his eighth studio album, Mendó.

Mark Greenhalgh of Penticton’s Misty Mountain Productions is one of the co-creators behind the Route97 Culture Road Trip Series, and he is thrilled to have Cuba join the lineup of concerts:

“Alex Cuba is an incredible artist, and we’re very grateful he will be performing for us as part of our 2022 series. The work we are doing is building our region up as a viable touring option for both emerging and national-level artists with unforgettable concert experiences. Having Alex as a part of it is fantastic. I know his October 21 show at one of the region’s best-sounding venues, The Cleland Community Theatre, will be phenomenal – don’t miss out!”

For years, Cuba’s musical evolution was all about searching for the simplicity and soul in Cuban music—taking apart the complex arrangements, mixing them with North American influences, adopting the melodic simplicity of pop music, looking to Cuban folk traditions for inspiration—constantly exploring, always creating something fresh and new, and always, it seems, getting it just right. In the words of the Boston Globe, “He’s like Marvin Gaye singing soul to a new generation.”

Mandy Wheelwright from Blister Management, a full-time career artist manager with artists Frazey Ford, Kinnie Starr, Steph Cameron and The Be Good Tanyas on her roster, is the other co-creator behind the Route97 Culture Road Trip Series, and she says Cuba is one of the best around:

“Winning a Grammy Award is an incredible achievement, and Alex has four Latin Grammy Awards and two JUNO Awards in addition to his most recent Grammy. I’m thrilled Alex is joining the Route97 Culture Road Trip Series this fall.  Alex Cuba is a fantastic addition to our debut series.”

Alex Cuba is set to perform at Penticton’s Cleland Community Theatre this fall on October 21, 2022, at 7 p.m. Tickets go on sale on September 26th and can be purchased here.

In addition to Cuba’s show, the Route97 Culture Road Trip Series continues with a mix of emerging and nationally-recognized artists such as: