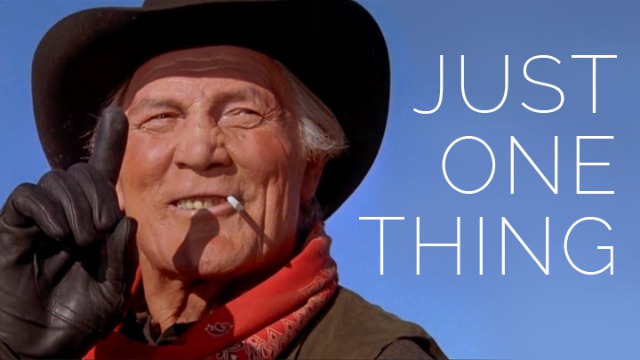 Get Off My Lawn! with John Kereiff:
JUST ONE THING

I’m a music freak. I don’t like or merely enjoy music, I am obsessed with it, sometimes to the exclusion of all else. Recently I’ve been pondering why that is, and it feels like there may be an explanation.

The Who’s 1971 album Who’s Next started as Lifehouse, a multi-media rock opera that was ultimately abandoned because of its complexity. The premise was to trace existence back to a single note, the beginning of everything. It was the early 70’s, and drugs were everywhere… however, Pete Townshend may have been onto something.

I have spent more than forty years pursuing mostly music-related professions. I was an occasional club deejay, spent a good portion of my adult life as a radio deejay (I still dabble), played drums in a few bands, and I’ve been writing album reviews since 1990. Throughout each of these endeavours, the goal was always to get closer to music. The answer can be found in physics.

Wikipedia labels physics as “the natural science that studies the matter, its motion and behaviour through space and time, and that studies the related entities of energy and force.” If we accept that the universe is made up primarily of energy and energy cannot be destroyed, then Townshend’s theory starts to make sense. Each of us, I believe, originates from a particular field or stream of energy. The music that affects us in profound ways- the songs that make the hair on our arms stand up, the songs that induce a good mood when everything else is turning to crap- comes from that same energy.

I have spent many decades listening to songs and albums because it makes me feel good. Collecting this music across many genres, analyzing and talking about it in print as well as listening, is my attempt to get closer to my energy source. I’m not religious… I won’t say I don’t believe in God, but I do regard organized religion with robust scepticism. Staring up at a clear night sky or sitting on a log at the beach while gazing out at the ocean makes me feel insignificant yet connected to everything at the same time.

Whatever your obsession (and we all have them) perhaps it’s something that emanates from your energy source, and that’s why it feels so right to immerse yourself in it. Perhaps you love a sports team, can name every player, and feel elated when they win. You remember your first game and whom they played, or that time you bumped into one of the players at a Starbucks. I can remember the first time I saw Kiss on TV before I’d even heard of them; the day I heard Black Sabbath for the first time (after school one day at Mike Collier’s house) and the seismic shift in my musical taste it brought, and the time I popped a BB King tape into the cassette player in my station wagon as I drove to radio job in Quesnel, BC in July of 1987, all as if they happened just last week.

In the 1991 film City Slickers, Billy Crystal plays a middle-aged man in the throes of a mid-life crisis who goes on a cattle drive with some friends for a couple of weeks to try and sort himself out. During one particular scene Curly, the trail boss played by Jack Palance, tells him that the secret of life “is just one thing… you stick to that, and the rest don’t mean s**t.” By the end of the movie, Crystal’s character realizes what that “one thing” is and that it’s something different for everybody.

Whatever your ‘one thing’ is may seem a hobby or mere distraction to others, but to you, it’s the thing that makes your heart race and your spirit soar. With working, paying bills and the everyday aggravations of life taking so much from us, it’s essential to find something that recharges you and puts you in touch with your energy source. It somehow makes living worth the effort, this ‘one thing’ of yours.

Friendship, love and family are true beauty, to be savoured. Music- hearing a good song or artist I love can make me feel alive, that everything is okay. At those times, I feel more closely aligned than usual with the energy that brought me here in the first place. If nobody ‘gets’ or understands your obsession, so what? This is your journey, not theirs. When life gets dark and times are hard, the right music lifts me and puts me back on my feet. If something that does that for you too, we’re both lucky people.