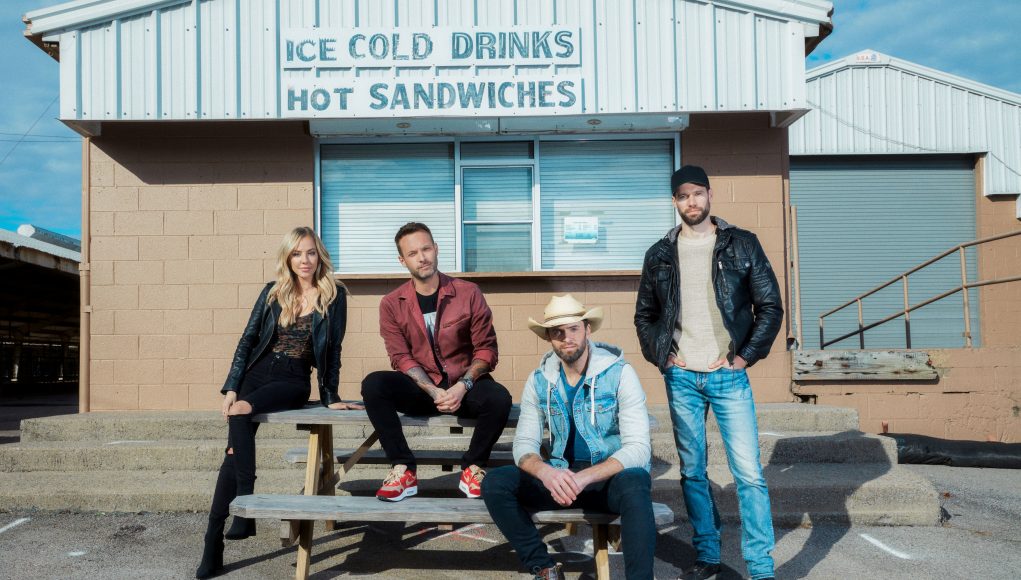 Not only are you getting two hours of Dallas and Dean playing all their hit songs together, they have brought along special guests Chad Brownlee, MacKenzie Porter and The Reklaws.

So what can fans look forward to when Dean and Dallas take the stage together?

“Dallas and I sing on each other’s songs, we do our own, we have Mackenzie and Chad dropping in for a few tunes. We have dual drummers for sections when both bands are on stage — it’s a party,” Dean Brody told Gonzo Okanagan a week before arriving in Penticton.

With Brody’s hits like Whiskey in a Teacup and Smith’s chart toppers like Wastin’ Gas – this concert will have everybody on their feet, dancing in their cowboy boots.

The Friends Tour has been rockin’ across the country for quite a while now. And all the musicians and crew still get along, said Brody.

“The camaraderie has been amazing. Even the multiple bands and crews are having the best time out here. Dallas and I definitely envisioned the show to be big and fun but to see the friendships and high morale this late in a tour is truly awesome. It really has become a “friends” tour on many levels,” Brody told GO.

Whiskey in a Teacup is a big hit and gets a lot of airtime on Penticton’s country radio station New Country 100.7. It’s such a fun, catchy song that has many of us doing some serious car karaoke.

Brody has a long list of hits like Bring Down the House, and Canadian Girls. When asked which is his favourite to sing live, he said there are lots.

“It’s a toss up between Whiskey, Black Sheep and Time. Depending on the day, but if I had to go with an all-time fave, I’d say Time,” he told GO.

With multiple JUNO Awards and a plethora of CCMA awards to each of their credits, Dean Brody and Dallas Smith remain two of the most celebrated artists in Canadian country music. Smith’s knack for chart topping singles has him credited as the first and only Canadian country artist to have four consecutive #1 singles from the same album, and six in total, surpassing Shania Twain.
Brody’s compelling songwriting abilities have also led to record-breaking stats, such as the title and award for number-one-selling digital Canadian country single of all-time, while showcasing his unparalleled ability to bring storytelling to the forefront of country music. which includes his latest chart topping single, “Whiskey in a Teacup.”

Fans are going to be blown away by the pairing of these two country giants, through the course of an immersive, co-headlined show.

Rising star MacKenzie Porter has joined the show. Her recently released songs include ‘Drive Thru’ and ‘About You.’ The Reklaws round out this epic concert. They are a Canadian country music duo from Cambridge, Ontario, consisting of siblings Stuart and Jenna Walker. The Reklaws won Album of the Year at the 2019 CCMA’s.