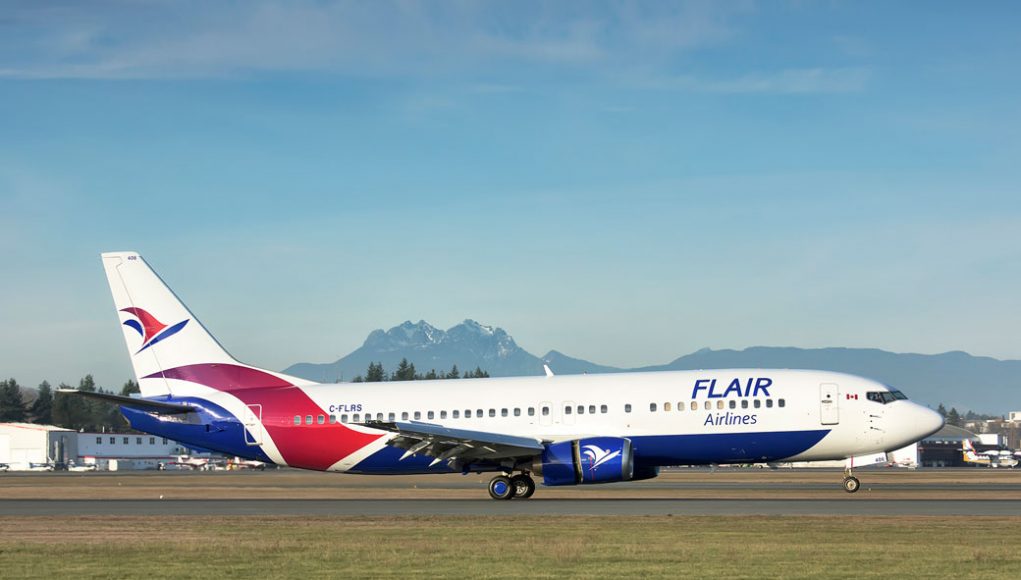 Flair Airlines Set to Paint the Skies in New Colours

Flair Airlines Ltd., (Kelowna, BC) Canada’s leader in ultra low fare travel is pleased to announce  today, its first aircraft with its new livery is complete.   This design was chosen in the summer of 2017 by Canadians, during an online customer survey; in which several options for the new livery were available to choose from, for Flair’s aircraft fleet.

The recently acquired Boeing 737-400 in Flair’s new colours is one of two additional aircraft scheduled to enter service.  “We are excited to unveil our new livery to the public.  The aircraft will take its inaugural flight during the holiday season. We are very proud to showcase our new colours. As the only airline that operates as an ultra low cost carrier in Canada;  we know our passengers will be delighted to fly with us as they continue to enjoy the lowest fares in the country,” says Flair Airlines CEO, Jim Rogers.

To watch a video of the Flair Airlines Livery reveal click here:

Flair intends to make significant announcements early in 2018 about its expansion into Canada’s ULCC market.

Headquartered in Kelowna, BC,  the company has a long history of operating a Boeing 737 charter airline that in 2017 began operating in the scheduled airline business, offering discounted airfares to Canadians.  Flair serves Vancouver, Abbotsford, Kelowna, Edmonton, Winnipeg, Hamilton, and Toronto.

With the recent purchase of two additional Boeing 737-400 aircraft, Flair will operate seven aircraft in the beginning of 2018 and plans to add two Boeing 737-800 aircraft later in the year.  For 2019, Flair expects to add four more Boeing aircraft to accommodate the nearly 1.5 million ULCC passengers that are forecast to use Flair in 2019.

For more information on Flair, please visit our website at www.flairairlines.com

Call for action on street disorder and crime