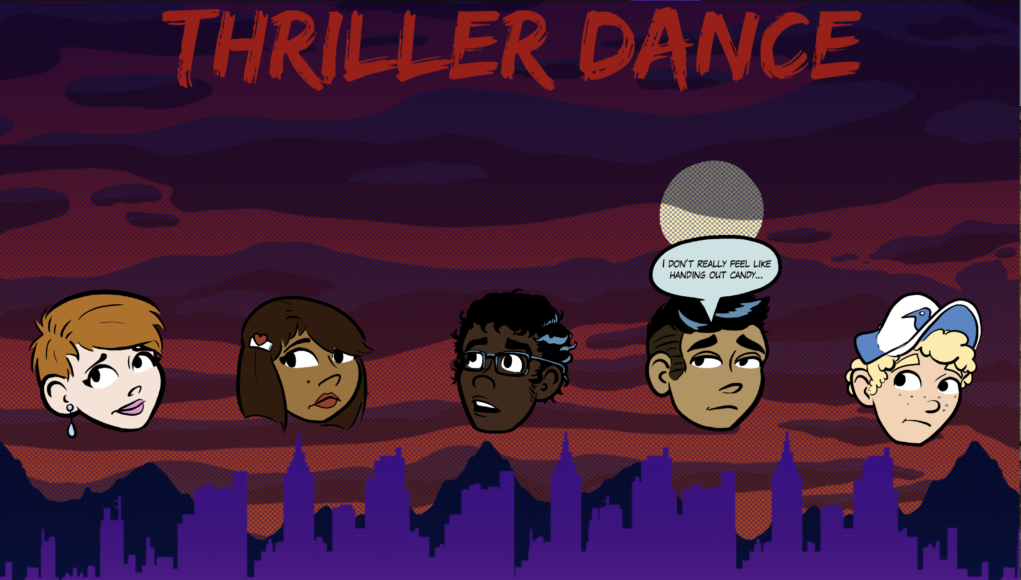 FOR IMMEDIATE RELEASEFilm-maker to Produce ‘World’s Largest Thriller Dance’ Parody Video October 31stOctober 11, 2016 – Independent Filmmaker, Silver Kim, is inviting the Vancouver public to learn Michael Jackson’s “Thriller” via online instructional videos, which will be performed as a flash mob Monday, October 31st at 6pm at a downtown location to be announced. The dance will be filmed and made into a parody music video of Michael Jackson’s Thriller, as a part of a larger Transmedia Storytelling project. Kim waited eight years to release his episodic “Resistant Virus” starring Emily Tennant (Juno, Supernatural, Motive) and Landon Liboiron (Hemlock Grove, Terra Nova, Degrassi) on YouTube September, 2016, as the first segment of a three-segment Transmedia storytelling experiment. For the second of the three-part transmedia storyline, Kim is inviting the public to learn the “Thriller” dance via online instructional videos, taught by Harbour Dance instructor, Lisa Metz, which will be performed at downtown location. The dance will be used for a high-production Thriller parody video released online, November 2016. It will be the last and final installment of the three-part transmedia story.“Eight years ago, I wrote, directed and produced a low-budget feature film with a big local cast. Because the young age demographic of the target audience of the film, I wanted to release the film on the internet, but feature film video streaming was still at its infancy. Although I was approached by a few distribution companies, none of their offers resonated with me,” said Independent filmmaker, Silver Kim. “After watching the ‘long-format video streaming boom’ in the last few years, I decided it was time to offer my movie online in an episodic format for free but I also wanted to incorporate a social media and community building element to the launch of the movie.”

Kim’s goal is to utilize social media to bridge a community of people aged 13-19 at Halloween by encouraging them to engage in this transmedia story. Transmedia is a new and quickly growing phenomenon: a technique of telling a single story or story experience across multiple platforms and formats using current digital technologies. ‘Resistant Virus’ has three transmedia segments: The Episodic; a live Halloween Dance; and a Music Video. The five-part Episodic is available on YouTube and the website. The Halloween dance is a continuation of the Resistant Virus story with the flash mob dancers representing “the infected” who are overrunning the city. Footage of the flash mob will beshot and recut into a music video concluding the final phase of the transmedia story. By using Facebook, Instagram, Twitter and YouTube, Kim aims to reach the target demographic.Kim has partnered with Harbour Dance, Gearhouse, Roundhouse Community Centre, Big Sisters, YMCA, Dirty Apron and a number of other local partners to bring this amazing event together. This Zombie dance will be performed Oct, 31st, Halloween 2016 and their goal is to attract a Guinness world recording setting number of performers to this event!For more information visit www.resistantvirus.com If you would like to participate in the dance, please register on thecompany’s Eventbrite page or visit the Facebook page.