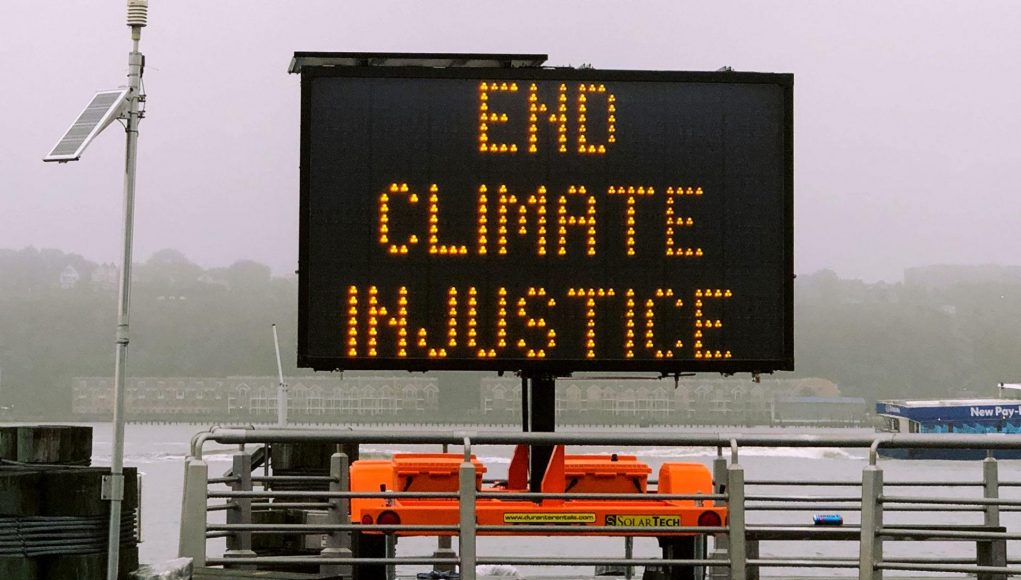 Protecting the air, water, soil, ecosystems and biodiversity that make human life possible shouldn’t be political. It’s become politicized, though. Worse, the debate is largely among people who hold the same fundamental world view: that maintaining a system of constant economic growth and endless consumption is a priority. The parameters have been defined, and to suggest the system itself is outdated and destructive is blasphemy.

Despite the relative rarity of politicians and parties that will truly challenge the status quo, the September 20 federal election is crucial — maybe one of the most! Elections provide opportunities to be heard by politicians. We need to challenge them on party platforms, ask tough questions about issues that matter to us, let them know we’ll only vote for those who prioritize real climate action.

We get it. Canada has been known as much for “resource” extraction and export as its now-threatened natural beauty — “hewers of wood and drawers of water,” as economist Harold Innis wrote in 1930 regarding our dependence on resource economics. Oil, gas, coal, timber and mining have contributed to a high standard of living for many in Canada.

But times have changed. We’ve taken too much. Squandered it. Building highways, strip malls, suburbs and large, inefficient gas-guzzling private conveyances to move between them all has wasted a valuable resource while polluting the air with lung-clogging, climate-altering emissions. For little more than profit, power and perceived convenience, we’ve burned through and continue to burn through these invaluable stores of solar energy captured through photosynthesis and concentrated over millions of years.

We can’t truly resolve the many crises we face — climate, biodiversity, health — without shifting from the dominant world view of constant growth and economy above all.

The recent IPCC report findings are blunt: We have no time left to lose. A draft from the report’s third working group — leaked before the IPCC’s 195 member governments could water it down during approval — is even more urgent. It says avoiding climate breakdown means global emissions must peak in the next four years, coal- and gas-fired power plants must shut over the next decade and we must learn to alter the ways we live.

We can’t truly resolve the many crises we face — climate, biodiversity, health — without shifting from the dominant world view of constant growth and economy above all. We need to recognize the importance of an Indigenous perspective that regards people as part of and interdependent with nature, that sees everything that makes up this life-sustaining planet as “kin” rather than “resources” to be exploited.

That said, we’re now facing a federal election, and as much as we need to take the opportunity to impress upon politicians and our fellow citizens the need for a paradigm shift, we also have to deal with immediate concerns and the reality of politics and election cycles.

At the very least, we should question candidates and demand action on climate, Indigenous rights and title, toxics and plastic pollution, land and water protection, ending fossil fuel expansion and subsidies and helping affected workers transition to better opportunities. We must also demand that ongoing pandemic recovery measures are “green” and “just.”

We need to stop damaging and destroying the forests, wetlands, grasslands, oceans and other natural systems that mitigate climate disruption by capturing and storing carbon and that offer many other critical services, including pandemic prevention!

We need to get off fossil fuels quickly and focus on the many solutions. We need to stop damaging and destroying the forests, wetlands, grasslands, oceans and other natural systems that mitigate climate disruption by capturing and storing carbon and that offer many other critical services, including pandemic prevention! We need to envision a new way of economic thinking based on human well-being rather than just money changing hands.

Democracy is far from perfect, and its flaws are evident in the face of long-term crises that require ongoing commitments and action. Politicians rarely look far beyond the next election and aren’t always equipped to implement policies and measures when results may not be evident within three to five years.

But democracy’s the best system we have. It allows us to speak up and tell those who seek our votes they must earn them with serious commitments, policies and work. We and the politicians must remember that we elect them not to lead us but to serve.

This election, let’s make it clear we want action. The environment shouldn’t be a political issue, so let’s make sure all parties and politicians recognize the current state as the crisis it is and have plans to act decisively and quickly. Let’s shift the paradigm. Above all, let’s vote!