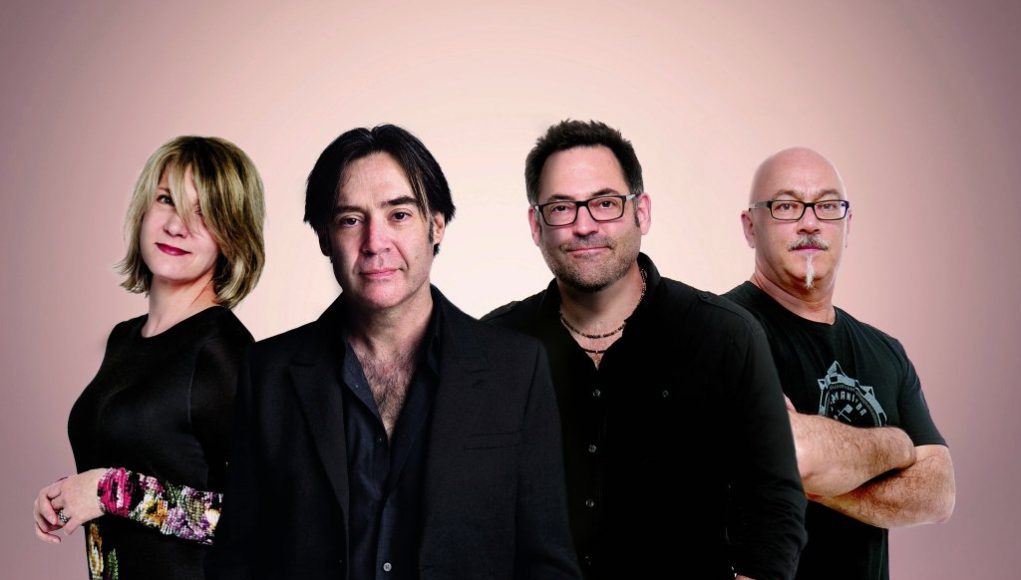 Exciting Entertainment Line Up for PeachFest

Nothing says summer like outdoor concerts with Okanagan Lake as the backdrop.

The Penticton Peach Festival concerts at Okanagan Lake Park are not only free but a great opportunity to take in the sounds of some of Canada’s top bands.

Nearly every era of music will be represented in the stellar entertainment line up at this year’s Peach Fest concert series Aug. 7 to 11.

If you were a teenager of the 90s, you won’t want to miss Canadian music icons, the Crash Test Dummies opening Peach Fest on the Okanagan Lake Park stage at 9:30 p.m.

The band, who are from Winnipeg, is back together touring to celebrate the 25th anniversary of their hit album God Shuffled His Feet, which sold more than 5.5 million copies worldwide.

They are coming to Peach Fest as much for the peaches as they are to play music, said band member Ellen Reid.

Reid said the whole band is really excited about playing such a beautiful outdoor concert in Penticton.

“I think we played Kelowna a long, long time ago, but we’ve never been to Penticton,” she said. “We hear it’s a beautiful place to live.”

She is lead vocalist on their smash hit The Ballad of Peter Pumpkinhead which was featured in the movie Dumb and Dumber.

Reid made a hilarious YouTube video about coming to Peach Fest.
In it, she holds up a banana and throws it away saying ‘bananas suck.’ She then holds up a peach. She says she fully endorses peaches, especially B.C. peaches and can’t wait to eat some when she gets here.

Now into its 72nd year, Peach Fest got its start to celebrate the peach harvest.

Crash Test Dummies will be playing all their hits like Mmmmm, Mmmmm, Superman’s Song, the Ghosts that Haunt Me and Afternoons and Coffeespoons.

Get ready to unleash your inner cowboy/girl because country stars Emerson Drive rock the stage at 9:30 p.m. Playing their hit songs like She’s my Kind of Crazy, I Should be Sleeping and A Good Man, crowds can’t help but tap their toes and two-step to their sound.

Opening for Emerson Drive is a new band Black Mountain Whiskey Rebellion that Rolling Stone magazine says is one to watch. Made up of award-winning musicians and song writers, their high-octane sound is making fans everywhere they go right from their first release Holy Smoke. They are nominated for Roots Album of the Year at the CCMAs.

Band member Mitch Merrett said they can’t wait to play Peach Fest where the fans are great and the mood is fun.

Friday, Aug. 9 Reunited and It Feels So Good

Canadians first met Barney Bentall as the leader of the Legendary Hearts over 30 years ago, now the group is re-uniting for a special headliner performance at Peach Fest.

Peach Festival organizers anticipate Okanagan Lake Park will be crowded at 9:30 p.m. to catch one of the most popular bands of the late 80s and 90s.

Their music was embraced from their first hit Something to Live For.

They have released numerous albums and Barney Bentall continues to tour Canada with his solo hits.

Opening for Barney Bentall and the Legendary Hearts is the boogie, woogie sounds of Ben Waters on the piano at 7:30 p.m.

Saturday night is all about paying tribute to the amazing bands of our time. Just plan to rock the night away starting at 4:15 p.m. when Pat Benatar tribute band plays, followed by Bad Company tribute and Heart. Then at 7:30, back again by popular demand, Eagle Eyes will perform. This Eagles tribute band will have you belting out Hotel California.

Then get ready to make some noise for High Voltage, a tribute band to guitar pounding sounds of AC/DC. Prepare for Okanagan Lake stage to be shook all night long because you’ve been Thunderstruck.

Hop in your time machine when rock n roll made a name for itself and enjoy the sounds of Buddy Holly with tribute band ‘The Day the Music Died’ starting off the evening at 6:30.

Don’t miss out on the headliners who will close out Peach Fest in style. The New Jersey Boys Jukebox playing at 9:30 p.m. and we defy you not to dance, just a little to the sounds of Frankie Valli.