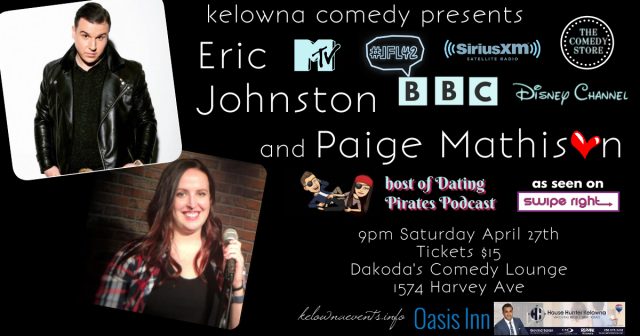 Kelowna Comedy is honoured to present

Eric Johnston is a Canadian Actor, Stand Up Comedian, Comedy Promoter and M.C. A professionally trained entertainer, he was educated at both Humber College Theatre Arts and the prestigious Vancouver Film School. An agile, high energy and diverse performer, Eric stars in the International Children’s show Splatalot, which is seen on major networks in over 170 Countries around the world, by day, and performs nightly on some of the top comedy stages in Canada. Eric just finished recording his first stand up comedy special “I Grew Up Here” which was distributed worldwide online. The son of Canadian wrestling sensation Bullwhip Johnson, Eric has been performing on stage and screen since he was 6 years old, first as a dancer, and then expanding his repertoire to include all forms of performance…except wrestling. Eric recently produced his own TV talk show called “Anytime with Eric Johnston” featuring celebrity guests, stand up comedy, sketch comedy and more. Most recently he was invited to The World Famous Comedy Store in L.A. where he performed alongside world-renowned comedians including fellow Canucks Tom Green and Jeremy Hotz. Eric continues to hone his craft as both working actor and comedian. Every day is different for Eric but one thing is for sure, Eric shows no signs of slowing down.

Paige Mathison is one crazy lady who can’t catch a cat… other than at a shelter. She steals punch lines from Tinder, but she may as well get something other than an STI from there.

As a nurse, she has a view into the world that no one could ever have (unless getting paid). And appreciate the moments her clients give to her comedic background! Helping people navigate the waters of the modern dating world is her passion and happy to banter with the audience for further material! 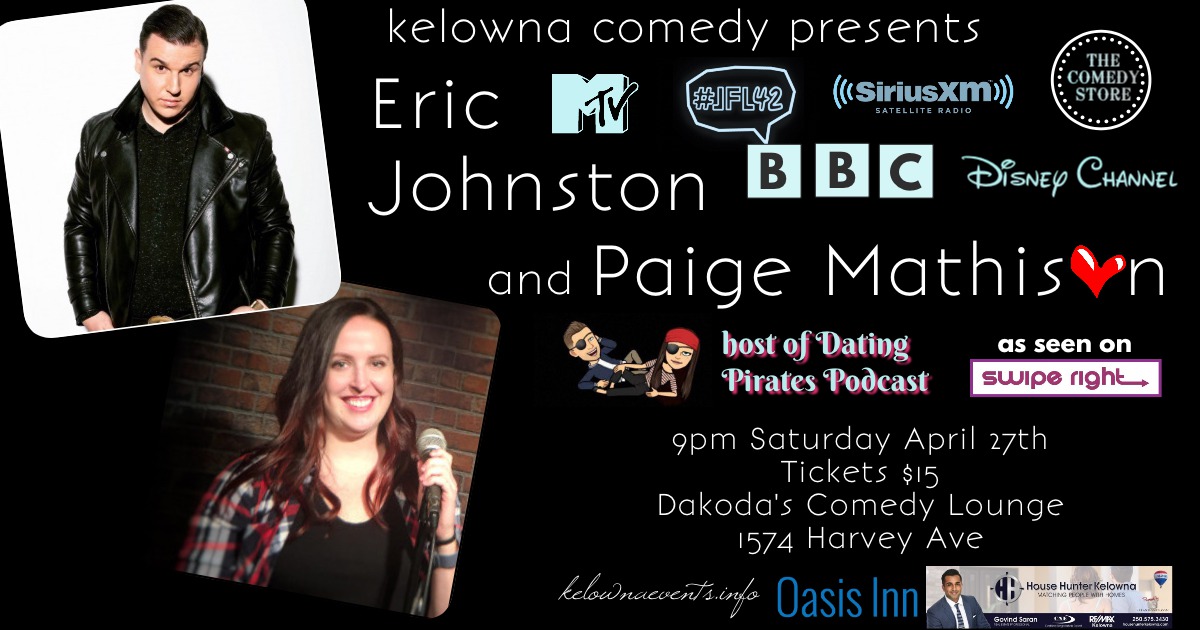