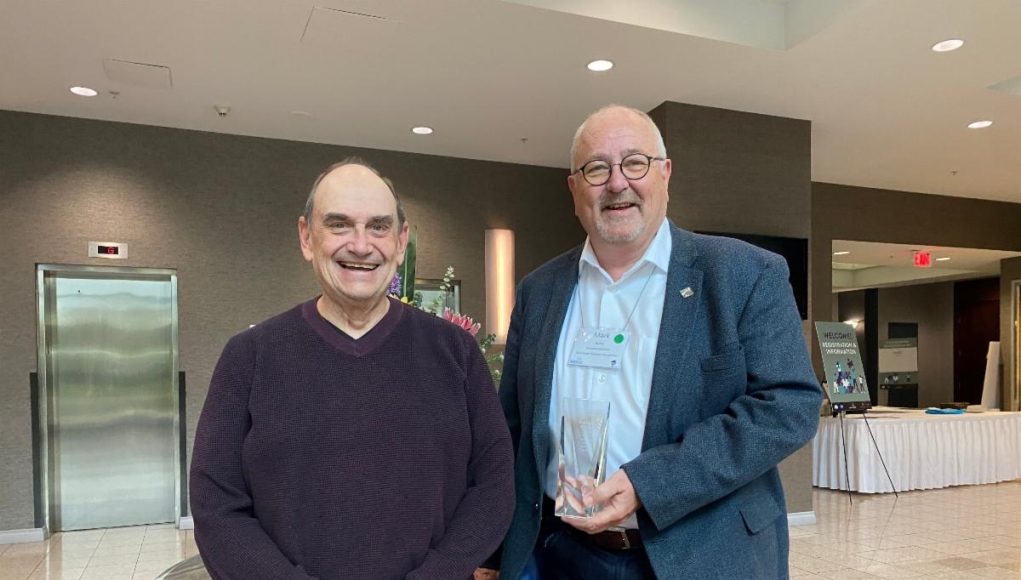 DKA nets top honours at Best In The West Awards

The Downtown Kelowna Association (DKA) has been recognized as “Best In The West” for its role in making Kelowna’s downtown an increasingly desirable place to live, conduct business, work, and play.

The 2022 Best In The West Awards were presented on Tuesday, May 3 as part of this year’s Business Improvement Areas of British Columbia (BIABC) Conference held from May 1 to 4 in Coquitlam.

DKA Executive Director, Mark Burley, accepted the awards on behalf of the organization. When accepting the Award of Excellence for Meet Me on Bernard, Burley gratefully acknowledged the valuable partnership that exists between the DKA, the City of Kelowna, and Tourism Kelowna who work together to produce the initiative. Meet Me on Bernard is the summertime, temporary closure of Bernard Avenue from Abbot Street to St. Paul. Meet Me on Bernard returns for a third season beginning July 1 this year

Especially significant is the Award of Excellence in Safety & Security, which highlights the continued work of DKA’s On-Street Services Department. Covering a 42-square block radius, the On-Street Services teams are dedicated to the safety, security, and cleanliness of Downtown Kelowna during and after business hours. The Downtown On Call (DOC) and Clean Team ambassadors are the most visible members of the DKA, working with business members, visitors to Downtown, the RCMP, and social service agencies to help foster and maintain a positive social environment in Downtown Kelowna. On-Street Services Manager, Ron Beahun, who will retire later this year was instrumental in the creation of the department in 2008.

Formed in 1991, BIABC is the provincial champion of strong, vibrant, and successful downtowns, main streets, and commercial districts throughout BC. The Best in the West Awards recognize the efforts of BIAs (business improvement areas) in a variety of categories representative of work they’ve done to contribute to the success of their community and local economy. Next year’s conference and awards will be held in Victoria.