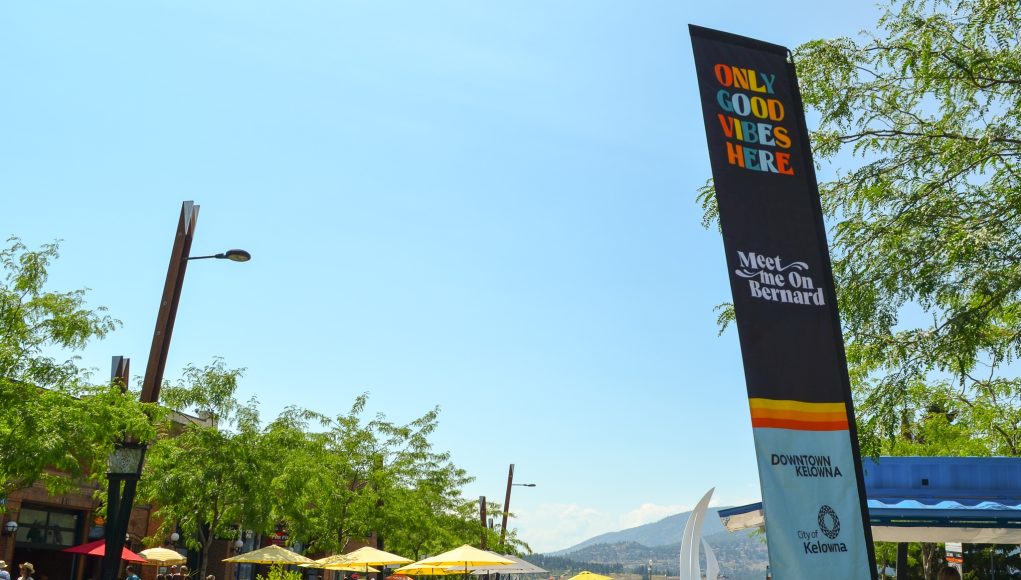 DKA Block Party returns this weekend along Meet me On Bernard

The Downtown Kelowna Association (DKA) is thrilled to announce the return of Block Party on Saturday, July 23, 2022.

From 10am-4pm, Downtown’s Main Street will be transformed into a family-friendly celebration of summer. The event will feature Bernard Avenue merchants with sidewalk displays and pop-up shops, a Street Market with over 60 vendors, artisans, community groups, live music, and plenty of free family entertainment.

The soundtrack of the party will come from Westcorp Stage in Neighbourhood Plaza (400 block of Bernard), where live music will play throughout the day. Featured local artists include Bray & Co., Dan Tait, Mitch Zorn, Chayce Kennedy, and Bush Party. Kinshira roving entertainers will be strolling the event site as well, interacting with attendees. Park & Play will be set up in Kerry Park with a bouncy caste and giant games, Spin Mobility will offer a “Learn to Ride” clinic during the event, with the BC Dragoons also set up for the day. Up in Community Square (500 block of Bernard), the Family Fun Zone will host virtual reality activities, face painting, science experiments, and an animatronic dinosaur from the Okanagan Science Centre.

“This will be the 31st DKA Block Party in Downtown Kelowna after being cancelled for the last two summers in accordance with public health orders” say Mark Burley, Executive Director of the DKA. “This new edition of Block Party will look different as we fit all the vendors, entertainment, and family fun within the footprint of Meet me On Bernard. Even more exciting will be Bernard Avenue businesses setting up in front of their stores, adding to the vibrancy of the event.”

A reminder to residents and visitors that roadways in the Downtown core will be busy particularly between 4pm-6pm post-event while exhibitors and participants are packing up and leaving the event site. Vehicular access along Bernard Avenue between the 200-500 blocks (Abbott to St. Paul) is strictly prohibited.

The Downtown Kelowna Association thanks Westcorp for their support as Entertainment Sponsor and is grateful to all DKA member businesses and other groups who are part of bringing this much-loved festival back to Downtown Kelowna.