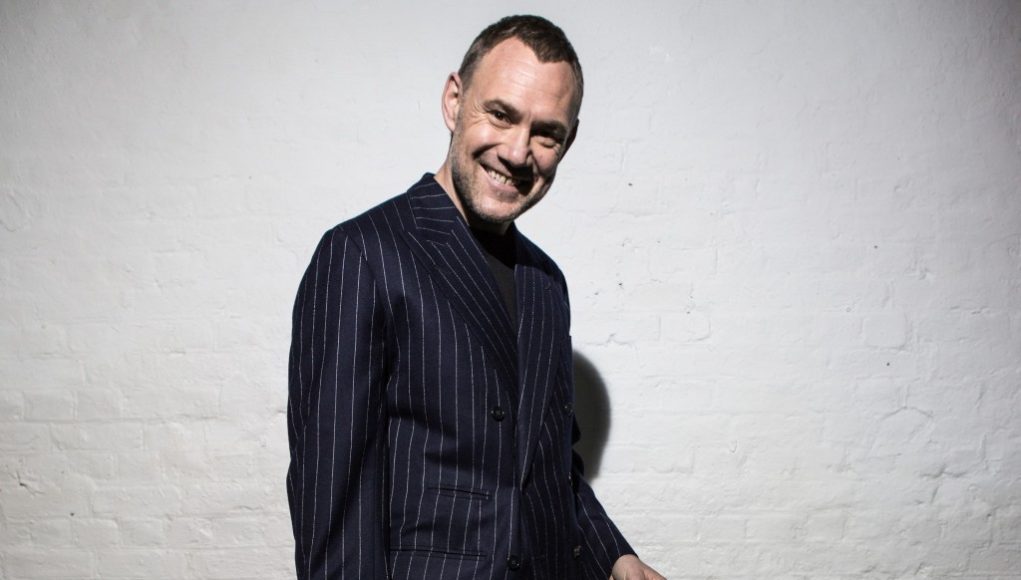 White Ladder was one in a million. It was a game changer, a life changer, the people’s choice blockbuster that launched a thousand troubadours. It may be the greatest ever word-of-mouth success in the history of the music business. Recorded for no budget in a Stoke Newington bedroom in 1998 by a down on his luck singer-songwriter and self-released on a kitchen sink label, White Ladder slowly (very, very slowly) found an audience. It took a year to creep into the lower reaches of the British charts, then worked its way all the way up to number one. White Ladder eventually spent 3 years (from May 2000 to March 2003) in the UK top 100, spawning classic hit singles ‘Babylon’, ‘Please Forgive Me’ and ‘Sail Away’. It went on to sell over 7 million copies worldwide. It remains in the top 30 best-selling British albums of all time and the best-selling album ever in Ireland (a nation who know a good song when they hear it).

Celebrating its 20th anniversary with an expanded edition, it is interesting to consider the extraordinary aftermath of White Ladder. Its success spawned a new wave of singer-songwriters in an acoustic boom that resonates to this day, a soul-baring lineage that can be directly traced from David Gray to the all-conquering Ed Sheeran. Indeed, Ed is a fan, whose passionate live version of ‘This Year’s Love’ can bring tears to the eye. Fellow world beating British superstar Adele is also an admirer, citing ‘This Year’s Love’ as one of her all-time favourite break-up songs.

And yet White Ladder remains apart from everything that followed. While the record company model involved putting young guitarist-singers into the studio with teams of established pop writers and producers, White Ladder was the work of a lone artist plumbing the depths of his soul.

White Ladder was born of difficult circumstances. David Gray had been struggling on the margins for a decade, a lonely figure with an acoustic guitar swimming against the tide of Britpop, grunge, hip hop and electro. With three albums to his name, he found himself advertised third on the bill to beer and a barbecue. “Futility was so thick on the ground it was utterly soul destroying.” He came close to quitting. But instead, he asked himself some difficult questions: “Can you make a better record? Can you write a better song? The decision was to open up and give it everything I’ve got. The open heartedness that White Ladder has at its very core is in direct relation to the sense of bitterness and defensiveness that prevailed upon me. White Ladder is the negative flipped into positive.”

He wrote and recorded in a tiny terraced house on Lordship Road in Stoke Newington. He had to record during the day so as not to disturb the neighbours. “The windows were open because it was hot, and you can hear traffic noises very clearly. It’s the ultimate bedroom recording, actually made in my bedroom.” Lacking big studio facilities, David experimented with drum machines and electronic elements, creating a blend of folktronica that has since become a familiar part of the musical landscape, aided by drummer Craig McClune and engineer Iestyn Polson.

David released White Ladder in Ireland on his own IHT label in November 1998. “We cobbled it together, got a distributor, pressed 5,000 copies and hoped for the best.” Released in the UK in March 1999, it reached number 69 in the charts. American jam rock superstar Dave Matthews was such a fan he personally licensed the album for his ATO label in the US. Meanwhile East West records, a division of Warner, took the reins, releasing ‘Babylon’ as a single in June 2000.

After that, the floodgates opened. ‘Babylon’ became one of the hits of the summer, White Ladder became a multi-million global phenomenon, and David Gray jumped from playing pubs to theatres to arenas in the space of a few frenetic months. “It was nuts. We were just laughing all the time. It was like a slow explosion, with moments of detonation that took it to another level. It was perfect in a way you could never design.”

White Ladder has become part of the fabric of the world. “A friend was in the Himalayas and ‘Sail Away’ was playing at base camp. I’ve heard tell of my songs coming out of radios and stereos in the strangest places, from Tel Aviv to Timbuktu. We made the best record we could, and by some miracle it managed to charm its way across the threshold. It didn’t just open the door a crack, it kicked the fucking thing down. We came straight through. That was astonishing. You can make a great record but it is exceedingly rare that it will go on and become something bigger than itself. It was charged with all kinds of energies, the right thing in the right place at the right time, in this openhearted moment.”

White Ladder caught something of the mood at the end of the century and the start of a new one, the comedown from the pomp of the nineties mixed with nervous hope for the future. Gray’s music is both intimate and broad, intensely personal yet capable of speaking to the masses. “I don’t write behind some sort of cloak. I’m the opposite of an enigma, I am just heart on sleeve. I think your strength as a creative person is your vulnerability. If you’re not venturing anything you’re nowhere, there has to be something fragile and breakable being handed over. That was White Ladder. It is almost all I can say about it.”

Gray has released 11 complex, ambitious, heartfelt albums across his career. Some have been big commercial successes (2002’s A New Day At Midnight and 2005’s Life In Slow Motion were UK chart toppers), others have been more intimate and experimental. “It’s instinctive, you have to go where the music needs to go, otherwise the gleam, the sparkle will fall away.” All offer up songs of the highest quality, performed as if his life depends on them. Gray’s passionate, vocational approach has established an incredibly loyal audience prepared to follow him on every adventure.

“I’ve been happy after the event to get back to writing the music that I felt was in me and following my creative path. I don’t think the records I’ve made since have been worse or better. I just think what happened with White Ladder involved more than music. It was a sort of heart and soul moment of total surrender for everybody involved, for me and the audience. That was it. It doesn’t get any better than that.”

Twenty years on, White Ladder remains an album of great depth and startling beauty, a superlative collection of emotional songs capturing a very special moment in time, as raw and immediate as when it was recorded.