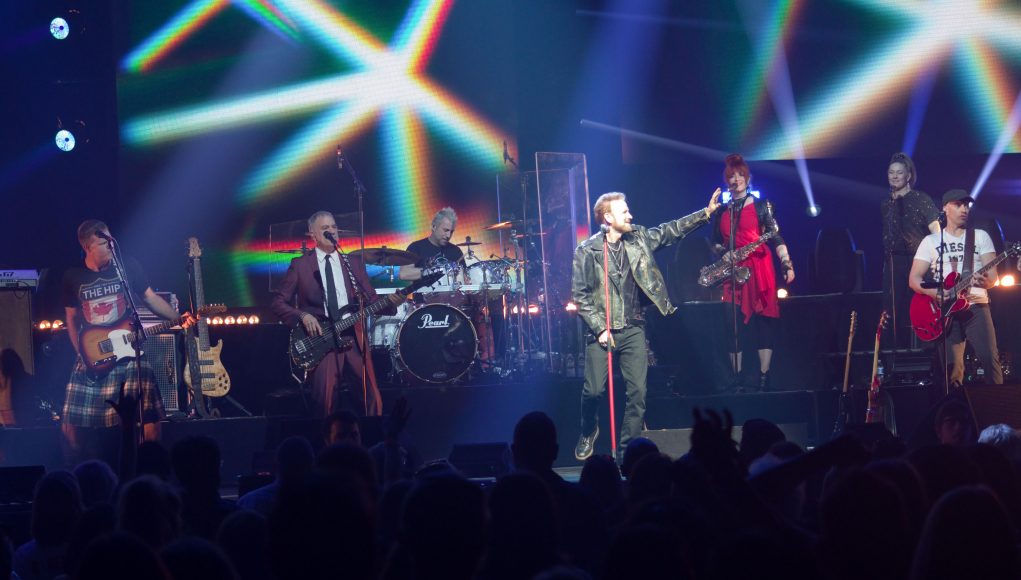 Ask anyone who was leaving Prospera Place on Friday night, and they will tell you one thing: Corey Hart is back. After a long absence from touring and music in general, Kelowna fans were able to witness the Montreal native sing his heart out to many of his old classics, some new songs, and some unexpected but equally memorable covers, on Harts “Never Surrender Tour.”

Before Hart, another throwback to the 1980s took the stage. Glass Tiger brought a crowd made up of those who grew up listening to both the band and Hart while they were at their peak, mixed in with many of those who would have been born decades later, to its feet. Their mix of 80s pop rock, homages to 60s Rock N Roll, along with songs from their new album “Thirty-Three,” aptly named after the amount of years that it has been since they released their classic song “Don’t forget me when I’m gone,” had the crowd buzzing during the intermission, having witnessed a performance worthy of the headline spot itself from a band who have lost none of their stage presence over the years.

As Hart took the stage with his eight-piece band, the opening song from the man of the moment was from his newest album, “Dreaming Time Again.” He then contrasted this with his 1990 tune “Bang-Starting Over,” and his 1985 classic “Boy in the Box.” It was only at this point, when the music stopped long enough for the crowd to get a breath, did the noise really start. As soon as Hart’s vocals cut at the end of the third song, the crowd erupted in screams from those of all ages. Hart himself looked surprised, stating that this was his first time in Kelowna and he wished he had come sooner.

After another four songs, including “Everything in my Heart,” to which he played as an ode to his fans, and performed while photos of many of his fans appeared on the screen behind him, it became apparent that he is very appreciative of those who have stuck by him throughout the years. And this theme continued, as both Hart and his band made their way to what he called the “B Stage,” which was placed in the middle of the crowd, and thus allowed those who could not afford to sit in the front, an equal opportunity to see him up close. This set was on the quieter side as Hart took to the piano to perform “I Am by Your Side” alongside other songs. On his way back to the main stage, he walked along the edge of the permanent seating so that many could get a picture or hug with the singer during one of his songs. This included a boy no younger than 12 sitting in front of me, who after getting a photo with Hart, was left shaking in excitement.

Throughout the concert, Hart also dove into his repertoire of covers with performances of “Can’t Help Falling in Love,” along with “Viva La Vida” by Coldplay. After ending the main part of his set with a rendition of “Bad Case of Loving You,” Hart and his band reemerged to play fan favourite, “Sunglasses at Night,” with many many of those in the crowd putting on their own sunglasses while signing along. Hart ended the entire concert, with the song that the name of the Tour is based on, “Never Surrender.” Again, another reason why many in the crowd after were excited to see what Hart would be doing next after his tour.