Home Events By the Numbers: Triumphant Return of PNE Fair! 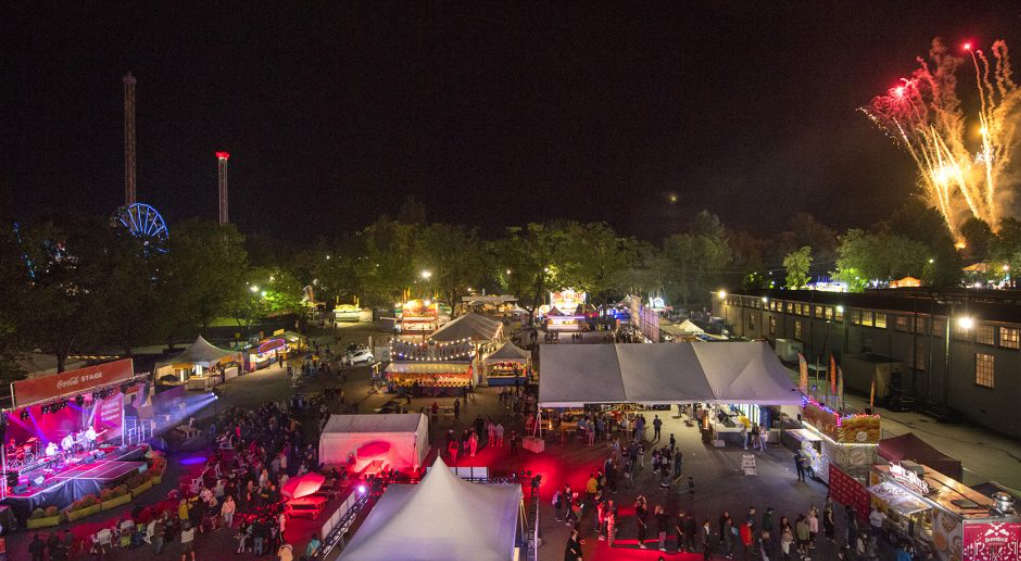 By the Numbers: Triumphant Return of PNE Fair!

British Columbia’s most beloved and well-attended tradition came to a close Monday evening as the 112th year of the PNE Fair wrapped up after 15 days of creating memories with 6 sold out Amphitheatre concerts 12 days of sold-out ride passes drawing more than 529,770 guests who attended from August 20th to September 5th.

2022 Fair Attendance Tops 529,000
The 2022 Fair at the PNE included 75% of the total pre-COVID Fair footprint with an attendance goal 525,000 (75% of the pre-COVID attendance targets of 700,000 guests). In total, the 2022 Fair remains British Columbia’s largest ticketed event, with this year’s attendance of 529,772 (2021 Fair attendance: 239,000, 2019 Fair attendance: 730,000).
Programming Well Received by Fairgoers
As always, this year’s Fair included something for everyone. New and returning programming included the 45th anniversary of the Superdogs, the popular Marketplace Building, Festival Park and its diverse community programming, the Toon City Stage with its family-friendly programming, the high-energy Revel District and, of course, the agricultural programming and Livestock Barns. New this year was the very popular Canoe Cultures exhibit celebrating indigenous arts and culture. Highlights of the 2022 Summer Night Concerts included The B-52s Farewell Tour, the Steve Miller Band, Nelly, TLC and Shaggy and the Beach Boys 60 Years of the Sounds of Summer tour. “Overall, the 2022 Fair was a tremendous success. We want to thank the hundreds of thousands of guests who continue to make the PNE Fair part of their summer, our vendors and partners, all of the performers and our staff team for making this year so special,” says CEO Shelley Frost. “The weather was great, attendance was strong and feedback was exceptional. Now we look forward to giving away the PNE Prize Home next Monday and bringing over a million guests to our site for fall and winter events!”
PNE PRIZE HOME TO BE DRAWN SEPTEMBER 12TH
This year’s Grand Prize is a luxurious fully furnished Craftsman dream home with Tuscan-inspired interior accents located in Langley by Wesmont Homes. The Grand Prize Package is valued at $2.4 million The 2022 PNE Prize Home is 3408 sq ft of lavish living space spanning three levels; it offers three bedrooms and 2.5 bathrooms and a media room. Another PNE Prize Home first, the home features a one bedroom, one-bathroom legal basement suite. The climate-friendly features include an EV charger, 12 solar panels measuring 4.08kW, triple pane windows and an all-electric heat pump system to heat and cool the home. The Pacific National Exhibition is a non-profit organization. The revenue raised through the Prize Home Lottery supports a variety of non-revenue producing programs spanning agriculture, community, arts and a large number of other local programs.2022 PNE Prize Home Draw Monday, September 12th, 2022 Live Draw at 6:30 p.m. sharp At Prize Home display suite, Rollerland. Parking in the bus loop on the west side of the Coliseum or in Gate 6, off Renfrew Street
2022 PNE FAIR BY THE NUMBERSENTERTAINMENT 1326 – number of local performers sharing their talents in Cultural Showcase 60 – years of the Sounds of Summer with The Beach Boys1st – ever Stars of Drag, an all-ages drag show feature extravaganza 1,100 – number of hours of rehearsal for PNE shows by cast members26 – headline artists and bands performed on 2 stages at the Fair 45th – anniversary of the SuperDogs82 – feet, highest diving plank in the High Dive show10 – feet, depth of water in the High Dive tank45 – number of bananas eaten in Action Austin show FOOD 66,000 – lemons used for PNE lemonade 355,000 – mini donuts sold by Fundunkers mini donut stand 30,000 – pounds of potatoes used in the Unroutine Poutine stand 14,000 – number of Triple O burgers sold at the Fair 26,000 – number of chicken strips sold at the Triple O stand 29,000 – number of candy floss sold in Playland 4,000 – number of pieces of Bannock sold in the Jerky Girls booth in the Canoe Cultures exhibit 500 – jars of blueberry lavender jam were sold at the Tradish booth in the Canoe Cultures exhibitMIDWAY GAMES 157,000 – moles whacked at Whac-A-Mole140,000 seconds (2333 mins) – time players hung on the bar at the Hang Time game12,500 – cans kicked over at the soccer game66,200 – balloons popped at midway balloon pop game300,000+ – number of prizes awarded on the midway during the FairAGRICULTURE 330 – total participants in the 4-H Festival75 – members who participated in the 4-H auction$262,000 – total sales for the 4-H auction214 – number of chicks born at The Fair150 – number of pounds gained by the piglets during the Fair15 – 30-yard dumpster loads of dung taken away from the livestock barns260 – number of bales of hay eaten by the animals during the Fair525 – number of animals on display at the Fair65,000 – archery bows shot5,400 – number of feet pedaled in the Kids Pedal Tractor Pull2,080 – amount of cubic feet of shavings used for animals to sleep on51 – number of dump trucks of dirt used for the arena footing in the Agrodome PNE PRIZE HOME35,000 – Fairgoers who visited the Prize Home display $2.4 million – value of the Prize Home Grand Prize package 500 – average number of times per day a PNE Prize Home ticket seller calls out “Win a house, Win a car” 88 – years of the PNE Prize Home – the oldest charitable lottery in BC GENERAL FAIR2,625 – number of rolls of toilet paper given away at the Metro Vancouver exhibit3,300 – number of on-site parking spots13,000+ – frames of PNE images taken by the PNE photography team75% – size of Fair footprint of the 2022 Fair versus traditional Fair footprint
“This year signified the return to a more traditional Fair and we were thrilled with guest response,” says President and CEO Shelley Frost. “As we transitioned from a COVID protocol restricted Fair in 2021 to this years’ expanded Fair we kept in place date specific ticketing and a reduced footprint at about 75% the size of a normal Fair. This allowed us to better manage guest experience, more effectively manage resources and staffing each day and minimize community impact. Although we understand that the public evaluates Fair success by attendance numbers, COVID has taught us that bigger is not always better. With this smaller Fair, we had an overwhelmingly positive and financially successful Fair.”