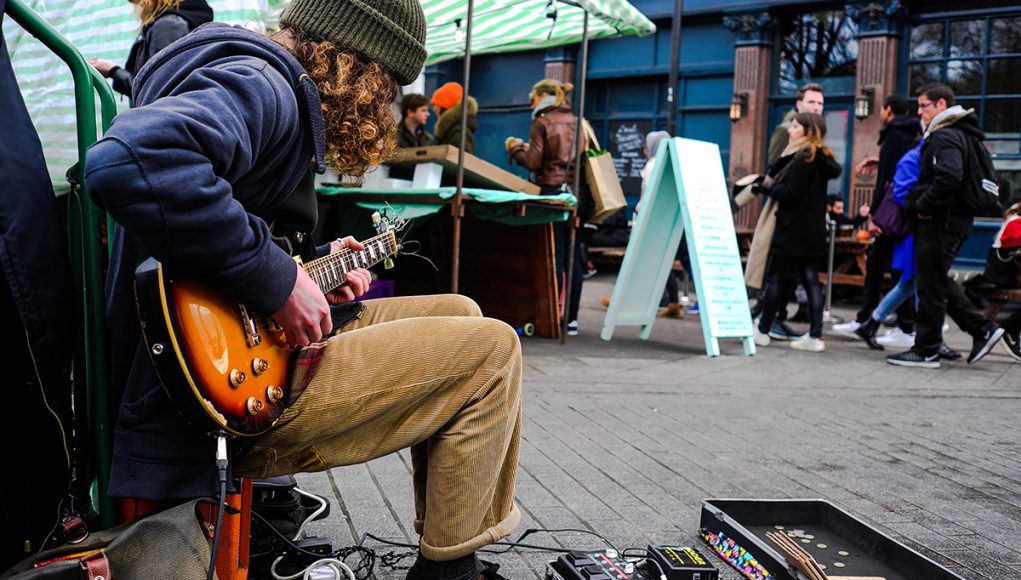 Recently a very controversial proposal regarding some major changes in the Good Neighbour bylaw and the current busking bylaws was considered by Kelowna City Council, but after the third reading in the council chambers fell short of any action.

The source of the controversy came from Kelowna’s artistic community, and received a meteoric rise in visibility as soon as Councillor Ryan Donn shared details of the proposed changes on his social media network. The topic took on a life of its own and seemed to swarm the Kelowna Facebook threads. Two local artists wrote and produced songs about the issue within a week of the leak, and the arts councils in town rallied to show at the next Council Chamber Meeting.

Joshua Smith’s “They Haven’t Heard The Last of Me”

Local artists gathered together to sing in this tune written by Joshua Smith, and inspired by the frustrations regarding the bylaw proposals. The video features local busker Dan Loewen singing, who makes his living as a street performer.

The artistic community of Kelowna felt left out of the decision-making process altogether, and as stakeholders in the decision they were very disappointed. Bylaw had not conferred with any of the arts councils or creative communities in Kelowna prior to the third reading in the city council chambers, but claimed to have met with Festivals Kelowna to discuss the proposed changes.

The changes required all street performers to buy into the busking license, and relegated them to the existing busk stops around town. There was a notable amount of ambiguity in nearly all of these changes, particularly in issues regarding the issuing of noise complaints, panhandling regulation, changes to existing busk stops, pricing changes for busk passes, and much more.

As always with these social media blasts, it did lead the populace towards a fair amount of misinformation about the current system in place, as well as about the changes. It would seem as if these changes will not be happening for the time being.

Recently the Kelowna City Council decided to postpone the bylaw and regulation changes for 2018, but will put the issue up for review in 2019. The issue is being deferred for a number of reasons, but this writer speculates that Council did not expect the issue to be so contentious.

It’s probably a good bet that council shied away from the issue after witnessing the fuss – and with an impeding election in the fall, it would be a little harder on any of the council members seeking re-election had this bylaw been enacted.

To sum it all up – the current bylaws in Kelowna regarding street performers remain unchanged until 2019, when they come up for review once again.

A busking permit can be obtained by calling Festivals Kelowna and booking an audition time – the benefit of having a license is that it also puts you on Festivals Kelowna’s radar for their widely successful Parks Alive programming.

The bylaws (current and proposed) only dealt with buskers who solicit for funds, as most do. Common belief was that this involved all performance of music on the street, but this was false. Performance of music on the street without soliciting can be called in as a noise complaint under the already existing Good Neighbour bylaws, but no action can be taken unless a noise complaint has been filed.

Local singer/songwriter and member of The Cruzeros Barry Mathers penned out this tune inspired by the bylaw changes that were being proposed.