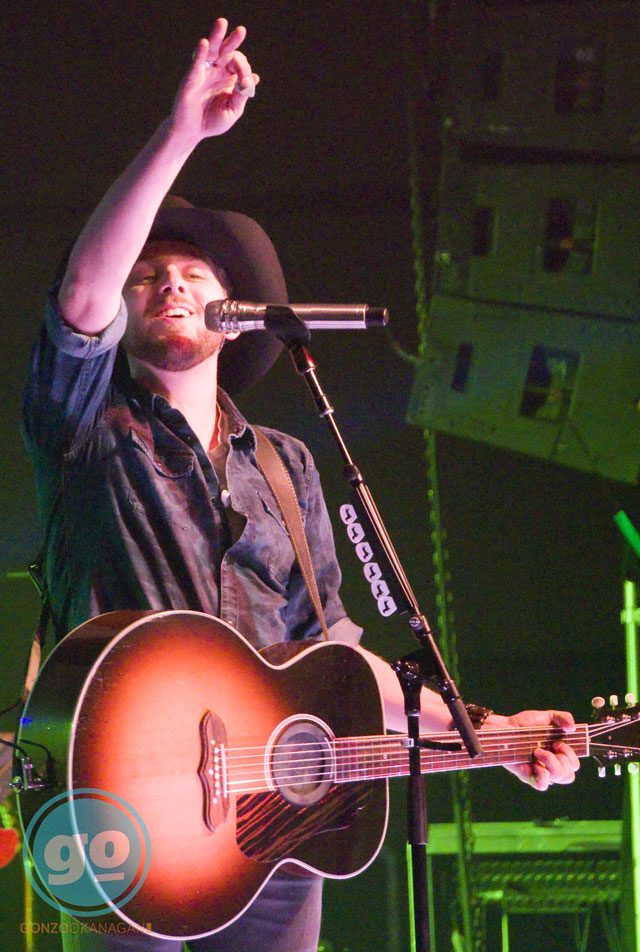 Close to 1,000 people donned cowboy hats, jeans and plaid shirts and got their country on as Brett Kissel played the Penticton Trade and Convention Centre Friday night as part of his We Were That Song Part 1 Nationwide Tour.

Kissel has been named Canadian Country Music Association’s Male Artist of the Year for two consecutive years, Fans’ Choice Award in 2016 and the 2014 Juno Breakthrough Artist and it’s easy to see why.

Kissel’s music is catchy, easy to relate to and he works to strike a chord with his audience. 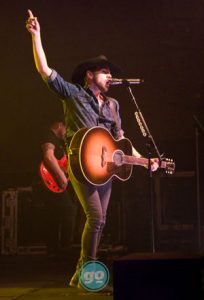 During Kissel’s more than 90-minute performance, he worked to connect with the crowd, calling them country music family and frequently leaning over to touch the hands of fans in the front row.

He praised Penticton as paradise, and talked about doing the Lake Dip Challenge in a chilly Okanagan Lake to raise money to empower women around the world.

Kissel opened with We Were that Song, the title single from his new album.

He invoked some enthusiastic patriotism performing Canadian Kid and then leading the crowd in O Canada.

“Let’s raise the roof,” Kissel urged as he played favourites such as Raise Your Glass, which had the crowd enthusiastically lifting their drinks.

Kissel slowed things down alone on stage with an acoustic guitar for Tough People Do, a song he wrote when he was going thorough a rough patch.

“Sometimes a guy just needs a microphone, a guitar and a room full of best friends,” he told the crowd as he introduced the song.
The room was filled with points of light as Kissel invited people to light up their cell phones during I Didn’t Fall in Love With Your Hair, an emotional story about his mom battling cancer told from his dad’s perspective. The song raised over $55,000 for the Canadian Cancer Society in its first month and took 2017 Canadian Country Music Award for Video of the Year.

Kissel had the audience two-stepping with a Flashback Friday medley of songs that included covers  from Brooks and Dunn as well as the Dixie Chicks.

When the guitarist played the familiar first bars of Shania Twain’s Man, I Feel Like a Woman, Kissel mock protested.  “Are you guys actually serious about this?” he asked over the cheers from the crowd, clearly having fun.

He kicked it into high gear with Anthem, the latest from his We Were that Song album that showcased some phenomenal fiddle work from Tyler Vollrath, a North America fiddle champion.

Kissel wrapped up with Started with a Song and tossed T-shirts and even an autographed ball cap into the audience.

Kissel and his band returned for an encore with 3,2,1 and a cover of John Denver’s Thank God I’m a Country Boy mashed up with Andy Grammer’s Honey I’m Good. 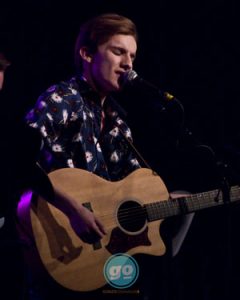 Hometown musician Beamer Wigley was well-received by the audience as Kissel’s opening act. Keep up the great work Beamer!