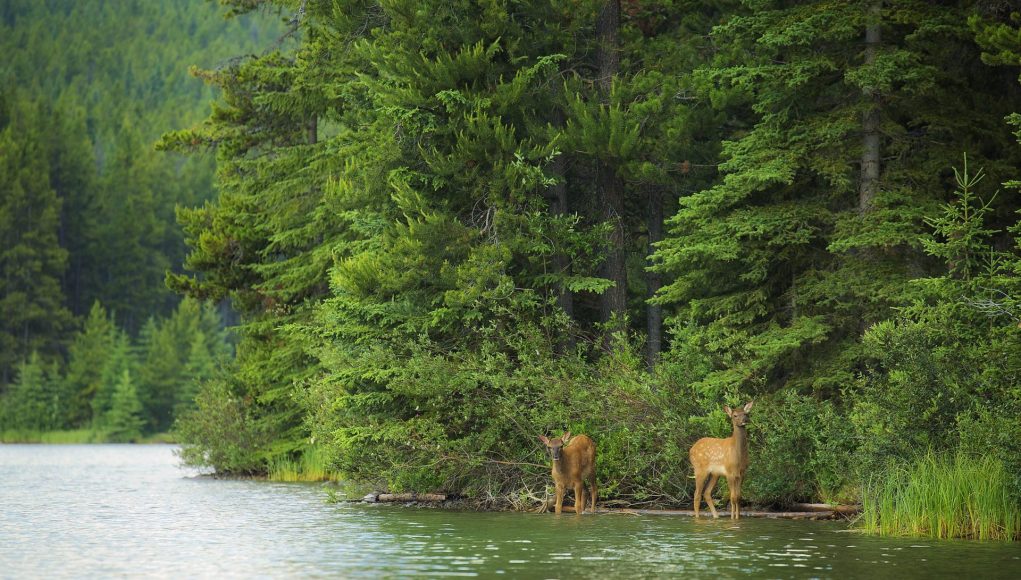 As the 27th UN climate conference of the parties (COP27) wraps up, we can’t lose sight of the biodiversity COP15 (or NatureCOP) from December 7 to 19 in Montreal. As a host country that’s failing in many ways to protect and restore its vast, diverse ecosystems, Canada has a large role and responsibility.

Delegates from countries worldwide will meet for the 15th Conference of the Parties to the Convention on Biological Diversity to try to finalize the Global Biodiversity Framework, “to bring about a transformation in society’s relationship with biodiversity and to ensure that, by 2050, the shared vision of living in harmony with nature is fulfilled.”

It’s a huge and necessary goal, and Canada must get on board. That means stopping destructive practices like logging old-growth forests. Despite government assurances that it would “fundamentally transform the way we manage our old-growth forests, lands and resources,” it’s been especially bad here in British Columbia.

A 2021 old growth technical advisory panel found B.C. has cut well over half the estimated 25 million hectares of natural forest that existed before large-scale industrial logging began. Only 11 million hectares remain, much of it unprotected and/or at risk.

Healthy ecosystems throughout the country are being sliced up by roads for industrial incursion, dug up and drilled for minerals and oil, fracked for gas and cleared for more urban sprawl and highways.

We continue to see the same battles between those who want to protect, restore and live in harmony with forests, waterways, wetlands and more, and government- and police-backed extraction companies who want to enrich themselves and their shareholders while creating a few temporary jobs.

We’ve seen it in Fairy Creek on Vancouver Island, the Klabona or Sacred Headwaters in northern B.C. and Wetʼsuwetʼen territory on the North Coast. We were fighting similar battles decades ago, in Clayoquot Sound, the Stein Valley and Site C.

Canada’s government recognizes the importance of protecting and restoring nature. It’s pledged to protect 25 per cent of lands and oceans by 2025 while working toward 30 per cent by 2030. Its commitment to marine protected areas and networks and expanded national wildlife areas is admirable and essential, as is getting open-net fish farms out of the way of wild salmon.

Canada’s government recognizes the importance of protecting and restoring nature.

The government also promised “close collaboration and partnership with First Nations, Inuit and Métis.” This is crucial and must include Indigenous representation in decision-making and governance over traditional lands. Indigenous protected and conserved areas are an emerging way to combine recognition of Indigenous rights and governance with conservation and restoration goals.

But with rampant gas fracking, oil exploitation, logging and mining and the infrastructure that comes with them, B.C. and Canada don’t appear remotely ready to realize the convention’s vision of “living in harmony with nature” any time soon. Short-sighted, outdated economics too often put continued fossil fuel and other industrial dollars ahead of the natural systems we rely on for health, well-being and survival.

As the UN Environment Programme states, “Despite on-going efforts, biodiversity is deteriorating worldwide and this decline is projected to worsen with business-as-usual scenarios.” The biodiversity and climate crises are interconnected, rooted in an exploitative system that encourages greed, waste, pollution and rapid resource depletion.

Despite on-going efforts, biodiversity is deteriorating worldwide and this decline is projected to worsen with business-as-usual scenarios

The UN Association in Canada says the estimated million species at risk of extinction worldwide has critical implications: “From the collapse of food supplies, to direct threats to health, to the disruption of supply chains, the loss of nature is a loss for us all.”

At NatureCOP, delegates will discuss, among other issues, a proposal to halt and reverse biodiversity loss in lands and oceans by 2050, and funding. But talk is one thing; no government has met its nature-protection targets over the past 15 years. And countries must ensure the measures don’t exacerbate global inequality.

As with climate change, we’re trying to patch a broken system. Western scientific research has clearly identified the rapidly growing problem, but we need the knowledge and wisdom of Indigenous Peoples who have lived in place for millennia to truly learn to live in harmony within Earth’s intricately interconnected biosphere.