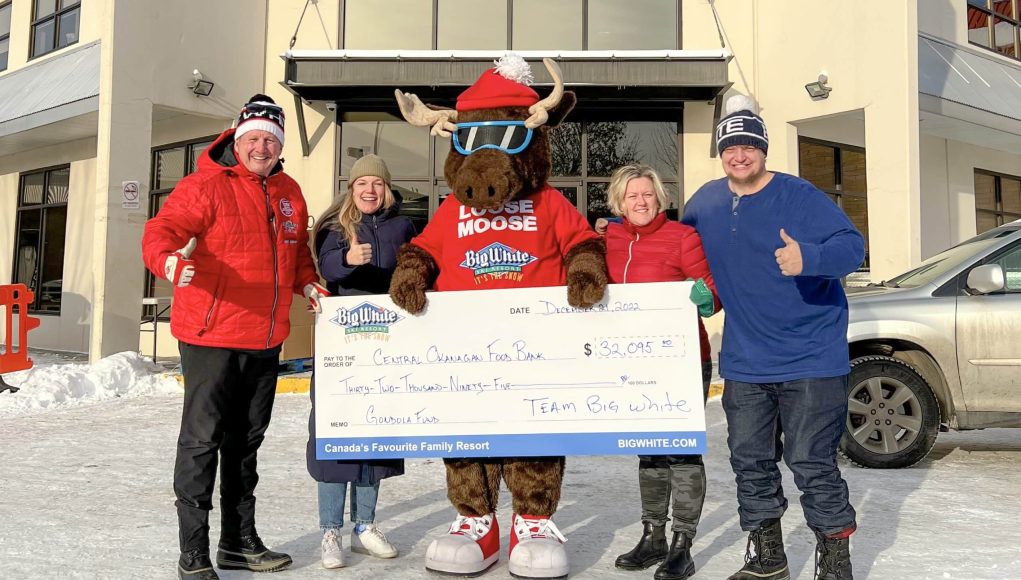 “We’ve partnered with the foodbank many times over the years, and we are over the moon to do so again, especially with Christmas just around the corner,” said Michael J. Ballingall, Senior Vice President, Big White Ski Resort Ltd. “In the summer, we set out to sell the gondolas that had been replaced – with the intention of taking that money and giving it back to the community in some way. The money we’ve donated today comes directly from those sales.”

COFB can triple your donation through partnerships with grocery retailers, which means through this donation, nearly $100-thousand worth of spending capital can be used towards its many programs, including its Christmas Hamper, which is now in full swing.

“We are absolutely blown away by the literal overnight success of this campaign!” said RayAnn Gruza, COFB Communications and Engagement Coordinator. “It’s a true testament to the generosity in our community and especially that of Big White Ski Resort.”