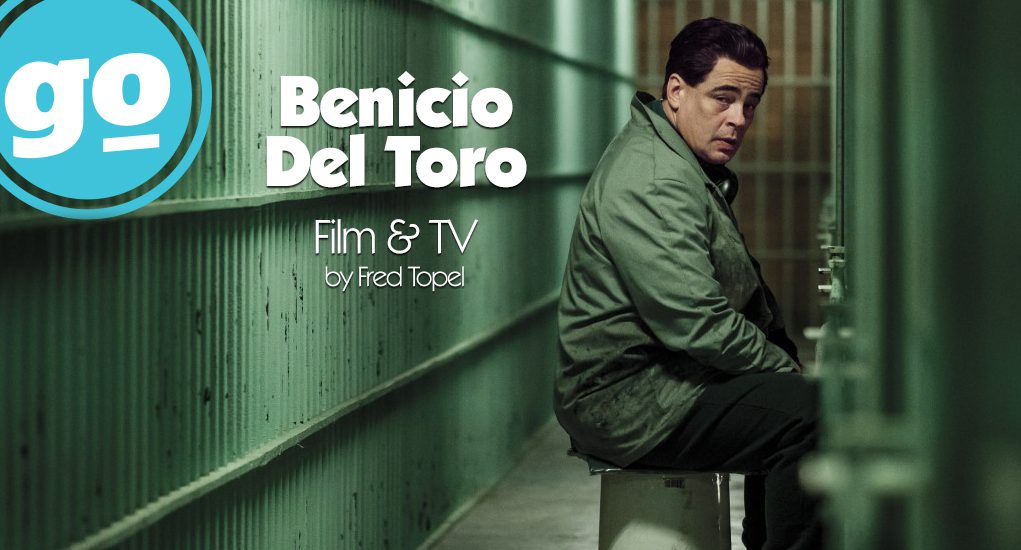 Escape at Dannemora is an eight part miniseries about a true story. In 2015, Richard Matt (Del Toro) and David Sweat (Paul Dano) broke out of prison with the help of Tilly Mitchell (Patricia Arquette), who was having an affair with Matt. Ben Stiller directs the series. 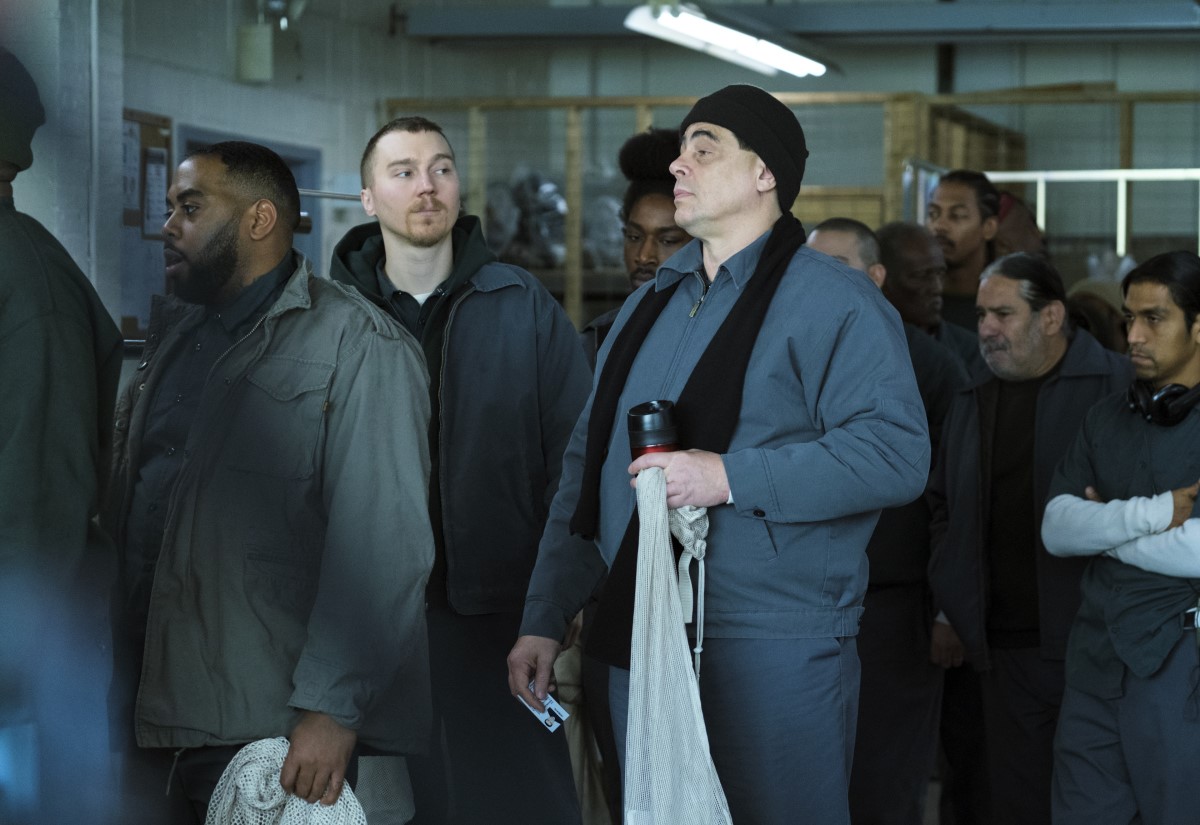 Gonzo: You did a little television early in your career. Did you ever get to do a series in a lead role before?

BDT: No, this is the first. It’s not a whole seties. It’s a limited series but it’s the longest movie I’ve done. I look at it that way. I did a long movie when I did the Che movie that was four hours, and this one is eight hours.

Q: How well would you do in prison?

BDT: How much time are you gonna give me?

Q: Could you survive?

Q: If Matt had not passed away, would you have wanted to meet him?

Q: Did you have any props that informed you?

BDT: I did find out what was in his bag at the every end when he was captured. But we don’t know what he had in the bag when he left. When he was killed, when he was shot, they took the bag he had with him. He just had mosquito repellant, he’s surviving out there, just very normal stuff. I think he had a flask with some alcohol. 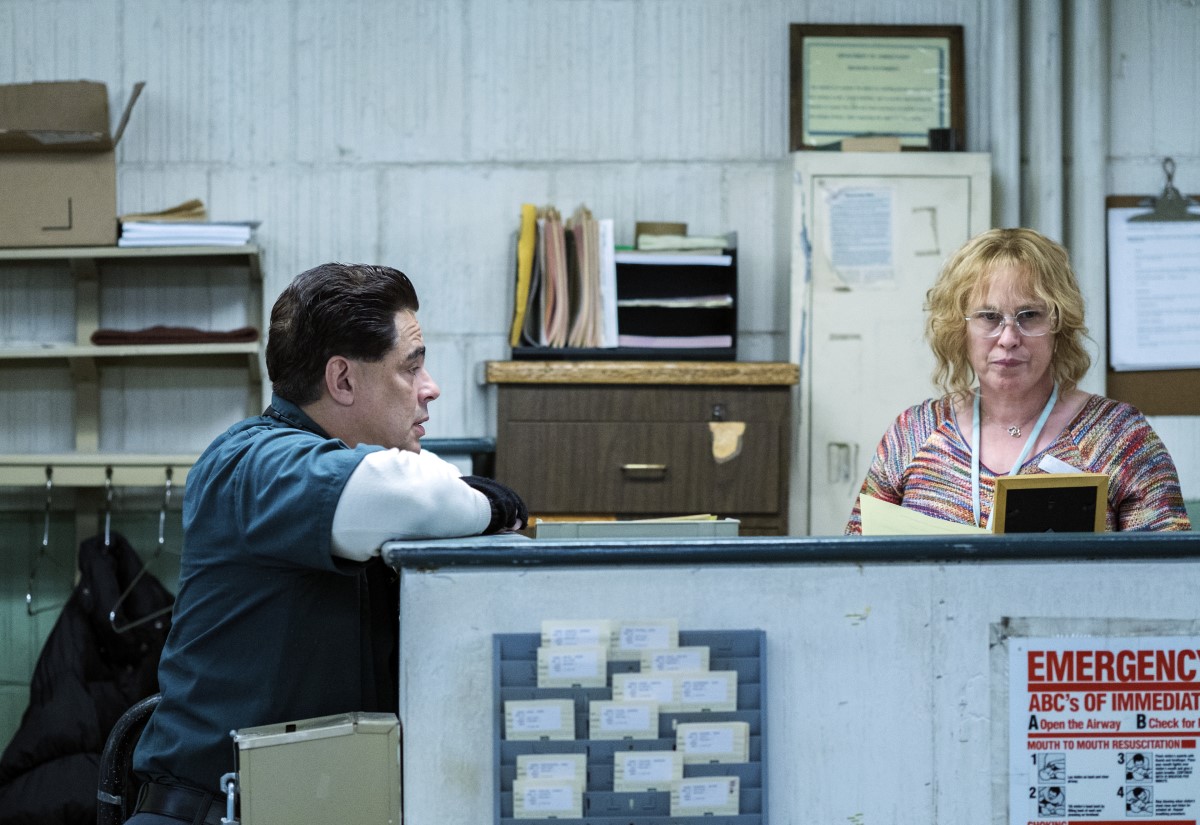 Q: Were you enthralled with the story when it happened?

BDT: I watched it. It was exceptional, extraordinary what happened, breaking out and doing that. It pulled everybody to watch TV, to watch the news.

Q: Do you approach the role of a real person differently than a fictional one?

BDT: Well, usually the character that is based on a real person that really lived, you have things to fall back on. You’ve got information that you can use to guide you. I think when you do a character that is fiction, you can use your imagination quite a bit in order to get those guides.

Q: Did you think he was a charismatic guy? He convinced people to do things but he’s very physical in your portrayal.

BDT: I get the hair person to do the hair. I think there’s something in it, I don’t know how to explain it. I just do what I can do but it’s based on the scene. If I read a scene and I go, “Well, this one is more physical than charismatic,” then I’ll lean towards the physical and then find out how to go about the physical. Where it takes place will dictate what will I do physically. 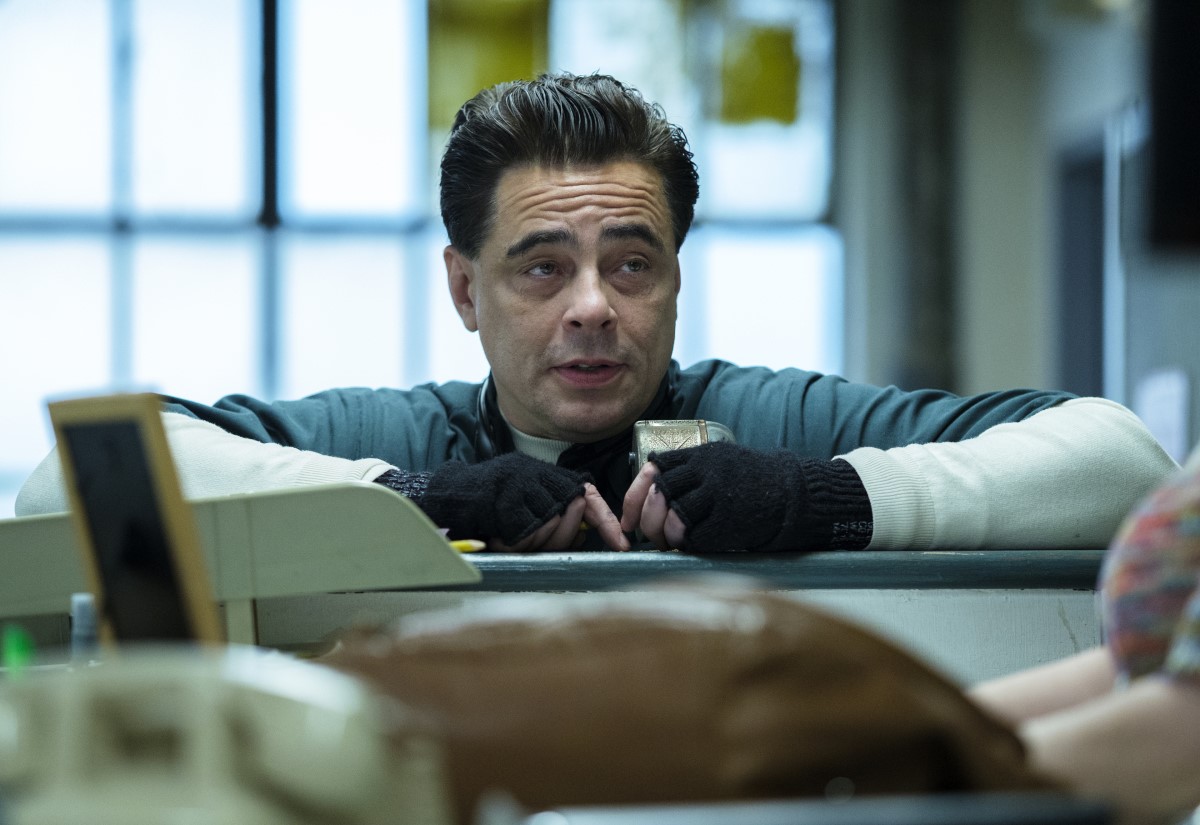 G: Filming in the actual prison, did you feel his spirit there?

Q: That short time he was free, do you think it was worth it to him?

BDT: I think that here’s a guy who at 13 escaped from a foster home and was brought back in. He was in jail, he escaped jail. Then he was in jail again, did the time. He left, he did a couple other interesting things, but what I’m saying is his life was going in jail and out of jail. I think there’s a lot of people, a lot of these jails are filled with people that have been in and out of jail, in and out of jail. I feel like for Richard at the very end, it’s his pattern. This was the stunt. What they pulled, escaping from Dannemora, from Clinton Correctional, what they did was his opus. This was his big [thing]. I think it was worth it for him. He was alive for it. So he would’ve never gone outside and done whatever he wanted to do or not let someone know what he’s doing. Yes, it was worth it for him. What would have happened? I don’t know but I do believe it was definitely worth it for him. I think he knew the consequences. I think he understood that he was playing with fire.

Q: Did you ever think what he could have accomplished with his charisma and drive if he weren’t a criminal?

BDT: Well, yeah, he’s a real sad story. I mean, he’s a guy who grew up without any love, no mother. Meets his father, I think, for the first time in jail when he was in his 20s. So then grows up going from foster home to another foster home and then he goes to jail, and that’s all he knows, going in and out of jail. It’s a sad story. I feel that, in order to survive for him, it’s all about fear, cruelty, dealing in lies. In the end, he’s a human being. He has many feelings just like anybody else. Just because he’s that, he doesn’t turn purple or some color. So I personally think that there was a talent there. He had at least a talent to get to organize something, even if it’s a wrong thing. So I feel that had he not had the upbringing that he had, I think he probably would have been successful at something legal or that could have been not where he ended up, you know. 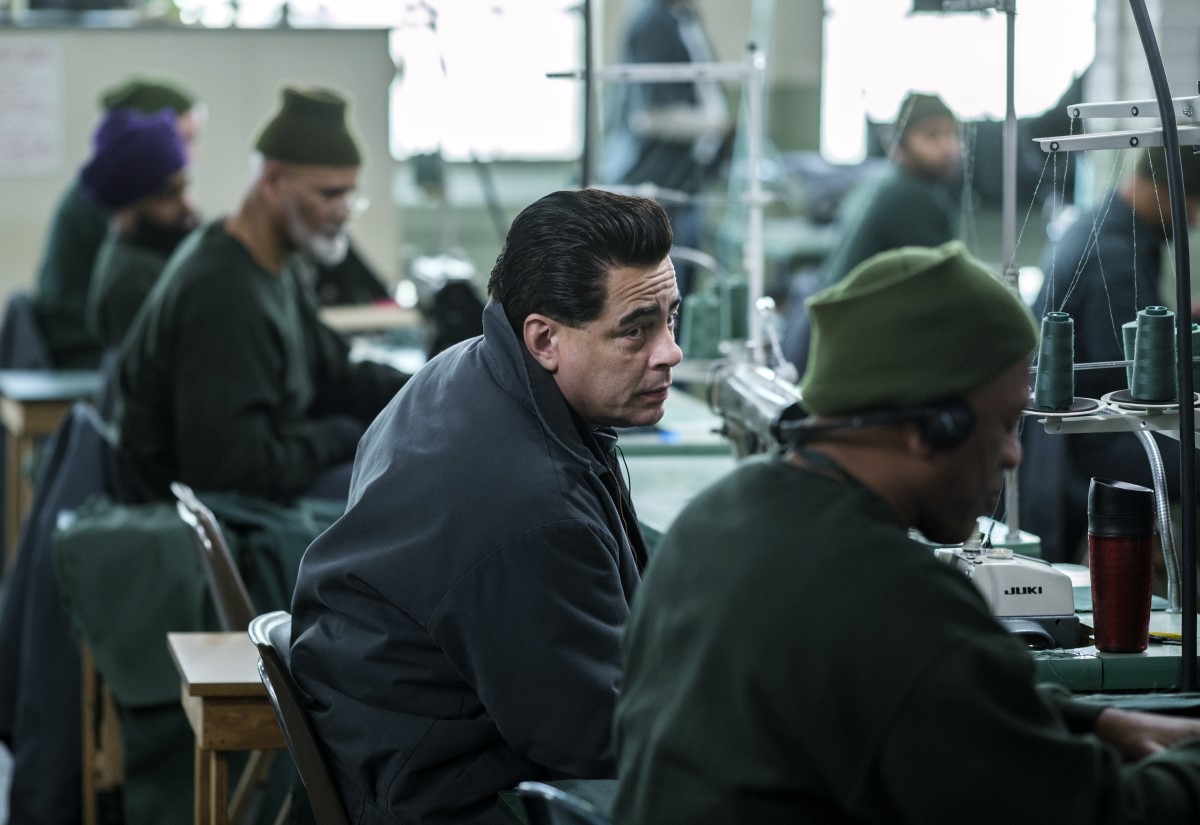 Q: How did you develop your relationship with Paul Dano, who plays Sweat?

BDT: For me, the beginning starts on the page, from the page. Then you take it from the page and the writers did a terrific job of organizing psychological plot, I would say, from my character and how he seduces Paul to become part of the project. Because I think my character, Richard Matt, he has the idea of escaping. He’s the first one with the idea, and now he has to motivate someone he can trust. And in jail, there’s not that many people he trusts. So he goes into trusting his friend David Sweat, played by Paul Dano. The work that I bring to it basically is trying to make the things sound right or be in the place, but it was really on the page. A lot of it was on the page, this psychological way of creating a friendship that I felt was also very unique in the fact that it’s almost like two children trying to trying to get something done. By that, I mean that I felt that that was really strong because I do believe these two characters are emotionally limited. So there is behavior in them that is almost, like, childish. I think there’s something that tickles you and makes you laugh, but it’s not really funny. It’s just like when you see children. I think that that was on the page, and I think that Paul and Ben and I together, we just tried to bring that to life. The process of that, I don’t even know how it happens, really. It just happens and you just surround yourself with good people.