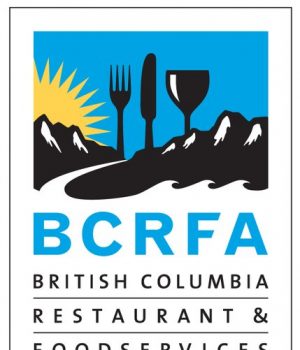 VANCOUVER (Sept 17, 2020) More than a week after BC’s Provincial Health Officer Dr. Bonnie Henry issued verbal orders ending on-premise liquor sales at 10 p.m., BC’s hospitality industry is still waiting to see the written document outlining the details of the order. Pubs, bars, and restaurants are in turmoil and experiencing devastating financial losses with no idea how to comply with an unpublished order, according to BC’s Alliance of Beverage Licensees (ABLE BC) and the BC Restaurants and Foodservices Association (BCRFA).

“It’s bad enough that these orders were issued without industry consultation. It’s now been over a week since Dr. Henry issued verbal orders that have had devastating financial consequences for BC’s hospitality industry, and we still don’t know the exact details of how to comply. It’s an impossible situation that is putting the financial viability of our industry at risk,” said Jeff Guignard, Executive Director of ABLE BC.

“BC’s restaurant industry was already in a fragile state, with about 50 per cent of businesses not sure they’ll make it to the end of the year,” said Ian Tostenson, CEO of the BCRFA. “Dr. Henry’s verbal order led to an immediate 30 per cent decline in revenue for our industry—even though the vast majority of businesses are meeting or exceeding all health protocols and have invested thousands of dollars to provide a safe serving environment. This is crazy.”

Throughout the pandemic, BC’s liquor and hospitality industries have been working productively with BC’s government to support our industry during this time of crisis. Despite not being consulted in advance of this order, the Business Technical Advisory Panel (a group of industry associations appointed by Attorney General David Eby to provide expert liquor policy advice to government) quickly submitted data about the immense immediate economic fallout from the order, as well as practical recommendations to achieve Dr. Henry’s stated objectives while balancing the financial realities of our industry. So far, Dr. Henry has not replied to BTAP’s serious concerns.

Among the recommendations submitted by BTAP include: 1) allow restaurants and bars to remain financially viable by continuing liquor sales until midnight (instead of 10 pm), and 2) support compliant businesses by focusing resources on enforcement of bad operators and British Columbians who refuse to follow the rules.

BTAP is also now calling on Dr. Henry to bring industry representatives to the table to discuss the devastating impact of changes before it is too late. With thousands of businesses and tens of thousands of jobs at risk, industry and government need to work together to help operators pivot and survive.

According to Guignard and Tostenson, this decision comes with a real financial cost that will be measured in thousands of business closures and tens of thousands of jobs. Our industries therefore have no choice but to ask Premier Horgan to intervene and help save large swaths of our industry from certain bankruptcy.