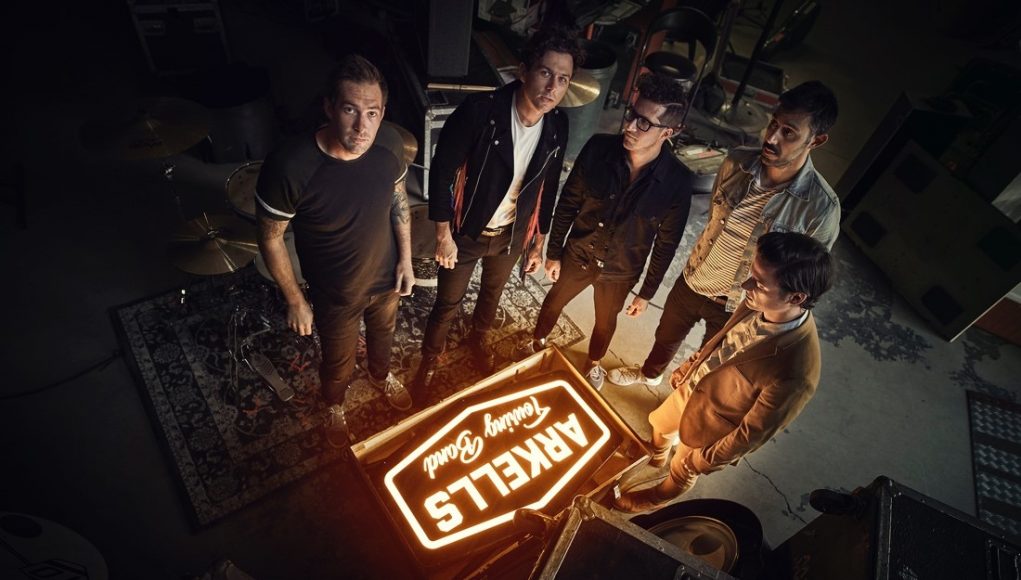 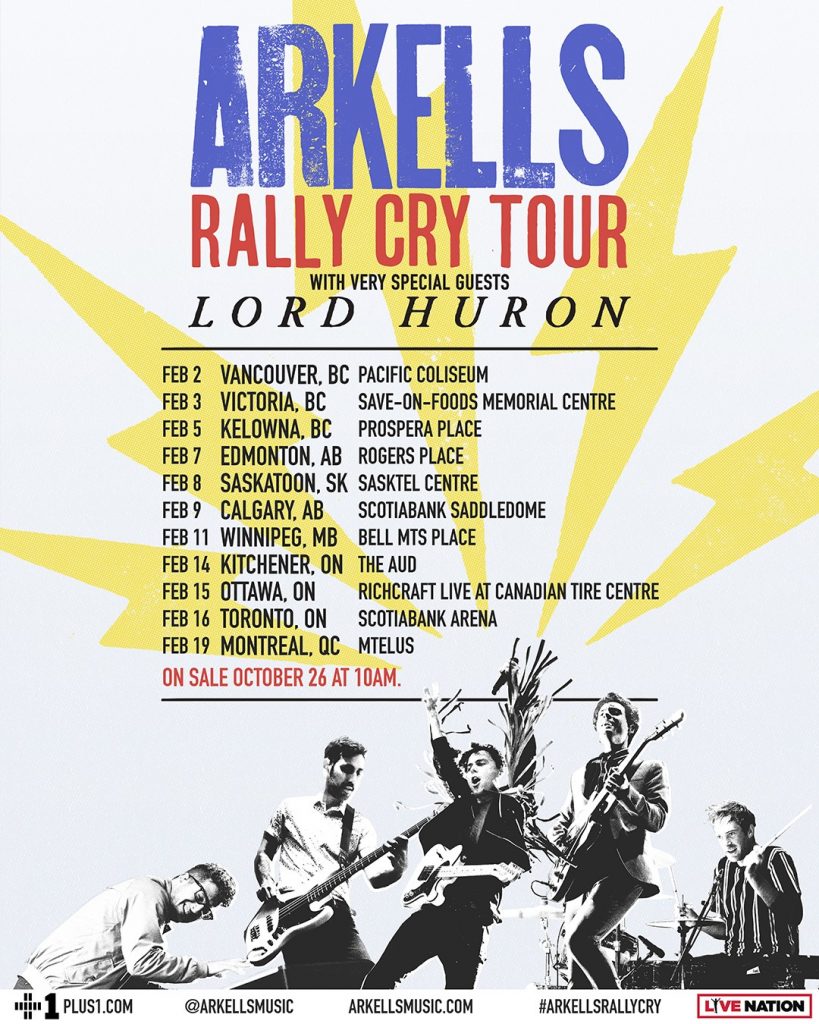 SEE ARKELLS WITH LORD HURON LIVE AT PROSPERA PLACE IN KELOWNA, BC ON

TICKETS FOR THE “RALLY CRY TOUR” GO ON SALE AT WWW.LIVENATION.COM

High-energy, chart topping, live-rock’n’roll authorities Arkells are back! With the release of their highly-anticipated new album, Rally Cry, the Hamilton five-piece have announced a 2019 national tour kicking off in Vancouver, BC on February 2nd with very special guests, Lord Huron. “We’ve built up real relationships with all of these towns over the year,” reflects frontman Max Kerman. “Each time we go back, the show means a little bit more. It’s our most ambitious tour yet, and we can’t wait to make some new memories.”

The Rally Cry Tour follows the band’s show-stopping headlining performance at The Rally, a one-day summer stadium show held at Hamilton’s Tim Hortons Field in front of 24,000 fans this past June. Arkells are thrilled to welcome Lord Huron to the bill as very special direct support. “We’ve been massive fans of Lord Huron forever, and their latest album Vide Noir is one of the best releases of 2018. It’ll be a treat to watch them every night. We can’t wait to get back on the road across Canada – we wrote these new songs to play them live for you.”

To ensure tickets for The 2019 Rally Cry Tour get directly in the hands of fans, the band will utilize the Ticketmaster Verified Fan Pre-sale. Registration is open now until Sunday, October 21 at 10pm ET, and you can register here. General Public tickets will go on sale on Friday, October 26 at 10am local time. Special limited VIP packages will be available, and will include a meet and greet and individual photo opportunity with Arkells, VIP access to the Arkells pre-show acoustic set, special commemorative ticket, and more.

Once again, Arkells have partnered with PLUS1 so that $1 from every ticket sold is going to support the rights of refugees and vulnerable migrants in Canada through the Canadian Council for Refugees. Fans can visit www.ccrweb.ca for more information.

Tickets on sale Friday, October 26 at 10am at www.livenation.com

ARKELLS fifth studio album Rally Cry is the band’s most pointedly powerful effort thus far. Long known for their exceptional songwriting and high-energy performances, the Hamilton, ON-based quintet – singer Max Kerman, guitarist Mike DeAngelis, bassist Nick Dika, keyboardist Anthony Carone, and drummer Tim Oxford – reveal on Rally Cry an unheard soulfulness that elevates their new songs to places that, while connected to a new approach, feel perfectly in tune with who the band is and always has been. From the get go with the album-opening “Hand Me Downs,” potent brass, cinemascope string arrangements and propulsive choruses reveal that Rally Cry has the size and scope to match Arkells’ ambition and ever-growing audience that love the band for the uniquely raw energy that is all their own.

Lord Huron was created by Los Angeles-based Ben Schneider. Born and raised in Michigan, Schneider drew inspiration from the Great Lakes, which were carved by glaciers 14,000 years ago, and his music stands in awe and wonder of the natural world. After writing and recording two independent EPs (Into the Sun and Mighty) on his own, demand grew for Lord Huron to perform live. Schneider recruited friends Mark Barry (percussion), Miguel Briseño (bass) and Tom Renaud (guitar). Lord Huron signed with IAMSOUND, and the label released 2012’s Lonesome Dreams, and Strange Trails in 2015, and the latest album, Vide Noir in 2018. Lord Huron has toured extensively in North America and Europe, earning rave reviews and performing for sold-out crowds at some of the world’s most prestigious venues. The band has appeared at a wide range of music festivals including Lollapalooza, Coachella, Bonnaroo and Newport Folk Festival.