Home David Suzuki Big, small or in between, wild animals should not be pets 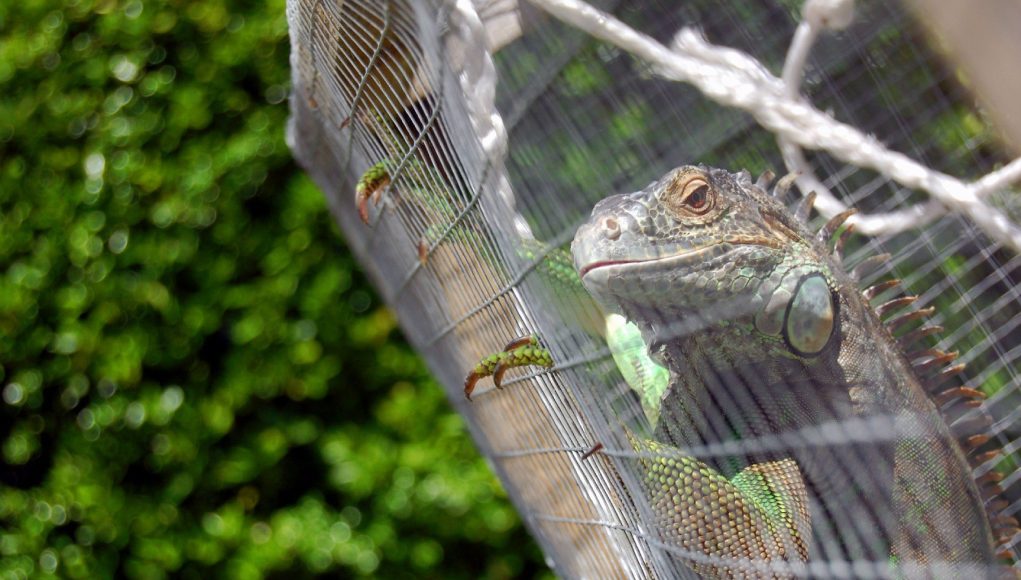 Big, small or in between, wild animals should not be pets

Most of us believe wild animals such as tigers and wolves shouldn’t be kept in basements or backyards as pets — even if we haven’t seen Tiger King! Fortunately, most municipalities have bylaws to prevent this.

Those laws don’t extend to all wildlife, though. People can still own “exotic” wild animals, including all shapes and sizes of reptiles and amphibians — lizards, snakes, turtles, tortoises, frogs, salamanders. Animals deprived of their natural habitat are no longer “wild,” though; they’re artifacts.

Some Canadian provinces, such as Prince Edward Island and Saskatchewan, have exotic animal laws and regulations, but in many, the responsibility for regulation lies primarily with municipalities. More than 200 municipalities in Canada have prohibited-animal lists. Most are mammal-centric and feature relatively few birds, even fewer reptiles and amphibians and, only rarely, any fish or invertebrates. The vast majority of non-mammal species are under- or unregulated.

But what most pet owners don’t realize is that the exotic pet trade also has significant ecological impacts.

Life isn’t fun for animals confined or alone in small cages in someone’s home, imprisoned for human enjoyment. But what most pet owners don’t realize is that the exotic pet trade also has significant ecological impacts.

A serious environmental problem is created when exotic pets are released or dumped into natural environments by people who never realized how big they’d grow, how long they’d live or how expensive they’d be to keep. Some take the time to look up adoption facilities, but there are few for exotic animals. Many naively think that releasing their pet into the wild is a humane option.

Released non-native species such as red-eared sliders can compete with native turtle species for prime habitat, like basking sites, and have the potential to modify natural environments. Released goldfish and koi have also wreaked ecological havoc in waterways. The pervasiveness of invasive species, including those from the pet trade, is one of the drivers of wildlife decline in Canada.

Collecting animals from the wild for commercial use, including for sale as food or pets, is also a factor in depletion of wildlife populations, most of which are already facing a variety of threats to their numbers and habitats. Legal and illegal collection from the wild for the pet trade is a pressure few species can tolerate. In Ontario, for example, six out of seven native turtle populations are already at risk. Further, many wild creatures die during capture or while being transported for sale as pets.

Exotic wild animals can also be disease vectors. Wildlife in Canada are already stressed by multiple infectious diseases transmitted by invasive species, such as the ranavirus and the fungus-borne chytridiomycosis, which is affecting amphibian populations globally. With increased numbers of exotic pet animals, both wild-caught and captive-bred, come increased chances of their being released into the wild and new diseases being transferred to native wildlife species, as well as to humans (particularly if there is physical contact). The risk of new epidemics or pandemics of animal origin is also increased — a Pandora’s box we all surely want to keep the lid on.

Exotic pets have become normalized — as have exotic petting zoos and birthday party appearances — but they don’t make sense.

Exotic pets have become normalized — as have exotic petting zoos and birthday party appearances — but they don’t make sense. Turtles, snakes, lizards, amphibians and other wild animals are amazing creatures worthy of our admiration and wonder, but they should not be taken from their homes for our entertainment, to keep us company or as status symbols.

These creatures have evolved physical and behavioural attributes over thousands or millions of years that allow them to survive in specific habitats and conditions that can’t be replicated in a glass or plastic container in someone’s home. And they are essential components to the functioning of natural ecosystems. If they are removed, the environment is diminished.

If you have patience and, ideally, a pair of rubber boots, you can fairly easily spot and appreciate many snakes, turtles and frogs even in our cities and towns — in the local meadows, ponds, rivers, fields, forests, lakes and streams, where they belong.