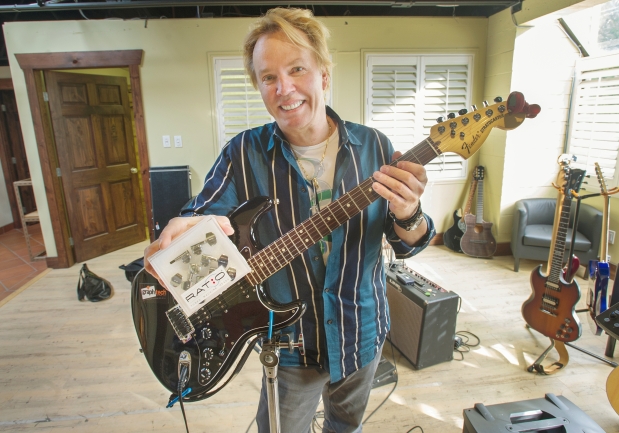 The award recognizes Canadians who have made significant and lasting contributions to the evolution of the guitar-building industry. This year’s presentation will take place during the festival which runs September 24-25 at Creekside Community Recreation Centre in Olympic Village. Over four decades, Dave Dunwoodie has grown Graph Tech from a basement start-up to a thriving international operation designing and manufacturing guitar and ukulele components distributed in 42 countries.

“I made my first silicone mould in the lid of a mayonnaise jar,” he recalls, “with some graphite powder and epoxy. That didn’t work out so good. My entire line of products in the first year was two blank nuts and a string retainer – but I was on my way.”

Today, Graph Tech holds more than 50 patents and trademarks worldwide and has become the largest nut and saddle manufacturer in the world. Among their innovations is TUSQ, a line of synthetic ivory nuts and saddles made from 100% organic polymers employing no petroleum-based or animal-based materials. “Over the years this product has replaced the equivalent of 5,000 real elephant tusks used for nuts and saddles,” he says with pride.

Another Graph Tech breakthrough is the Tune-a-lele machine head based on the friendly gear ratio of 6:1 – now routinely used by Martin, Kala and Ortega Ukueles among others.

Dunwoodie is passionate about Graph Tech’s mission “to improve the playing experience.” He has been featured on BNN, BCTV, City TV as well as local and national newspapers, Music Trades Magazine and the Music and Sound Retailer.