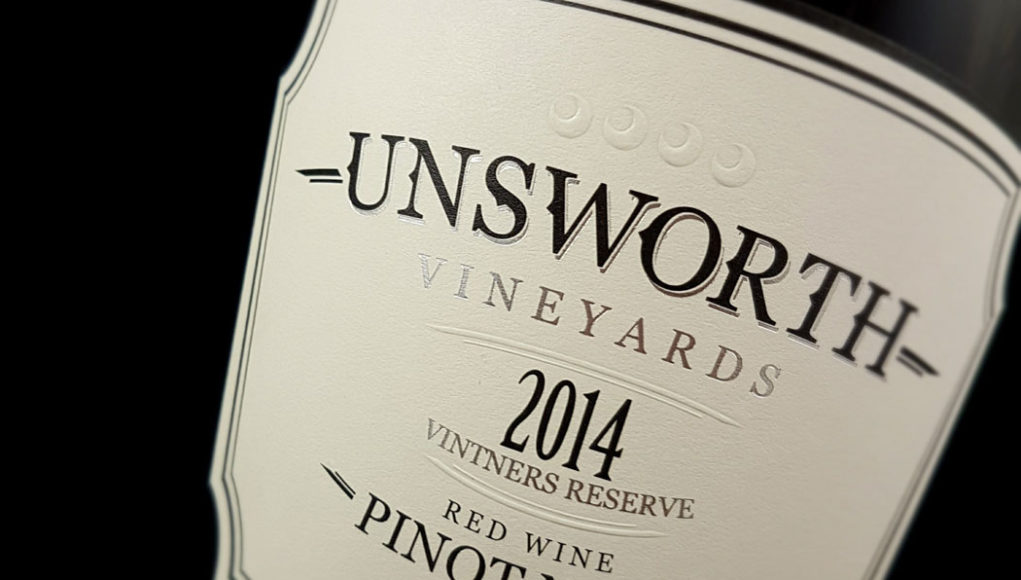 For Immediate Release:February 3, 20172014 Unsworth Pinot Noir Reserve Revealed As Mystery Wine as Canadian Culinary Championships’ First Competition EndsKelowna, BC – The first of three challenging competitions is now completed at the 2017 Canadian Culinary Championships with Chef Jinhee Lee, from Foreign Concept in Calgary winning the People’s Choice award.  The award does not affect the official judging scores for the ultimate title – the 2017 Canadian Culinary Champion – but it is a nice feather in the cap for Chef Lee.“It feels good to win the People’s Choice Award this evening,” says Chef Lee. “I am in shock, this is such a surprise, I did not expect this at all.”The Mystery Wine Competition is the first of three gruelling challenges for the competing chefs, each of whom has won the Gold Medal Plates competition qualifying event in their respective cities. Less than 24 hours before the Mystery Wine Competition, they were given the Mystery Wine – 2014 Pinot Noir Reserve from Unsworth Vineyards from the Cowichan Valley, in British Columbia along with a food budget of $500 with which to feed 400 guests.  This morning they had to decide on the perfect dish to pair with the wine and then shop for all of the ingredients and then prepared their dishes for tonight at Okanagan College in Kelowna.  Some of the chefs are familiar with local suppliers and shops having worked in the area before while others were not familiar at all. Either way chefs needed to depend on their creativity and ingenuity and only time will tell if this was a distinct advantage or not.David Lawrason, national wine advisor for Gold Medal Plates was instrumental in choosing the Mystery Wine for this year’s competition.  “The 2014 Pinot Noir Reserve from Unsworth Vineyards was a mystery indeed. When picking the wine it is important to pick something that allows the Chefs to be creative in their dishes, that will keep people guessing and one that 400 people will enjoy for the night.”The competition continues with the dramatic Black Box competition Saturday morning taking place at Okanagan College and the sold out Grand Finale on Saturday night at the Delta Grand Okanagan Resort, when the top three chefs will soon be standing on the podium.The Canadian Culinary Championships wishes to thank our presenting sponsor Deloitte., national sponsors The Globe and Mail, BMW, Big White Ski Resort, Borgo San Felice, gold sponsor Tourism Kelowna and regional partners Okanagan College, Delta Grand Okanagan Resort, Okanagan Chefs Association and AM1150.